Motorola has started seeding the Android 11 update for its devices starting with the Motorola G Pro. The update has already been rolled out to users in multiple regions and other devices are expected to get it soon.

The update brings a bunch of new features and improvements such as the new chat bubbles, screen recorder, media controls, and other privacy enhancements that come with Android 11.

And it appears that the update has also fixed a problem that Motorola has not mentioned in any changelog or statement.

This being the Bluetooth LDAC playback rate glitch that automatically reverted the playback rate settings to “best effort” even after changing it manually.

The LDAC audio codec supports a maximum playback rate of up to 990kbps which offers a significant improvement in audio quality when compared to most other Bluetooth audio codecs. 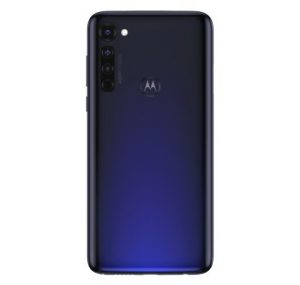 However, when set to best effort, the system automatically tries to balance out the audio quality and signal strength. This almost always reduces the audio quality when paired with supported Bluetooth devices.

Now, a senior moderator on the company’s community forums has discovered that the Android 11 update has fixed the Bluetooth LDAC playback rate bug on the Motorola G Pro.

Here’s a screenshot of the mod’s findings:

According to the mod, after installing Android 11 on the Motorola G Pro the Bluetooth LDAC codec now sticks with what you select manually and only reverts after the device is disconnected.

Although, there are some instances wherein the playback rate may change automatically.

Having said that, it seems the update will fix the issue on other Motorola devices that may have the bug too. So keep an eye on our dedicated tracker to know when the update goes live for any eligible device.