At the time of writing this, no other smartphone from the Lenovo-owned smartphone maker has received the update to Android 11.

Moreover, Motorola has not shared any specific details regarding the availability of the new Android version through its software update plans.

So it’s anyone’s guess as to when the update would begin rolling out to other eligible models. Although we’ve come across details suggesting that Motorola would be rolling out Android 11 for the Moto G 5G Plus soon.

Responding to a user’s query regarding the availability of Android 11 for the Moto G 5G Plus, Motorola Arabia, on Twitter, claimed that the update “should be coming real soon.”

Having said that, the same may also be the case for the standard Motorola G 5G too even though it’s not explicitly mentioned.

Looking back on how the company dealt with the rollout of Android 10 for its devices, we can only hope Motorola steps up its game this time around. 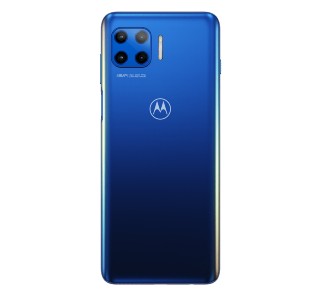 As usual, we will keep an eye out for any new details regarding the release of Android 11 for the Motorola Moto G 5G Plus and will post an update once new details emerge.

In the meantime, you can keep track of all the latest Android 11 developments for Motorola devices by checking out our dedicated tracker.

We also have a consolidated Android 11 tracker from where you can stay updated on the rollout from all major OEMs and carriers around the world.

Motorola has rolled out the Android 11 update for the Moto G 5G Plus in Brazil as per some information that recently surfaced. Check out all the details here.