The Motorola G8 Plus released in 2019 with Android 9 Pie pre-installed even though Android 10 was available to the public before the launch.

That said, the company began seeding Android 10 for the device in July and wrapped up the rollout in the following months. More on that here.

Android 10 brought a bunch of new features and improvements to the device, however, it appears that the update also introduced a bug that seemingly causes random reboots on the Motorola Moto G8 Plus.

Users who noticed the problem took to Motorola’s official community forums to seek a solution for the issue in August last year.

We’ve shared some reports below for reference:

My mobile constantly restarts. About 3-4 times a day. Is there a way to go back to the previous version of android, that is, to downgrade from 10 to 9? (Source)

I am having about 3 daily reboots. I need to know if the error is hardware or software, since in case it is a hardware problem, I can complain to the seller and have him replace it with a new unit. (Source)

I had a similar issue back with the G4 Plus, and now I’ve had this same problem twice with the G8 Plus within seven months of owning it. (Source)

As you can see from these complaints, users claim that the random reboots on the Motorola Moto G8 Plus happen around 3 – 4 times a day.

What’s worse is that the regular troubleshooting steps such as factory resetting do not work to fix the issue. Moreover, users cannot rollback to Android 9 Pie and are thus stuck with the bug until the company fixes it.

Speaking of which, towards the tail-end of last year, a Motorola mod claimed that a fix for the Android 10 update-triggered random reboots issue on the Motorola Moto G8 Plus will be out soon.

However, roughly two months later, the problem has not yet been solved by the company as users continue to experience the bug.

The most recent update from a moderator on the company’s community forums brings slightly disappointing news as they have requested users to wait a bit longer for a fix.

For a issue that was first reported months ago, one would have expected it to be fixed a long time ago. Nevertheless, we’ll keep an eye on any further developments and will post an update once new details surface.

Having said that, the update to Android 10 was the last major OS update for the Motorola Moto G8 Plus. You can keep track of the Android 11 rollout for all Motorola smartphones by heading here. 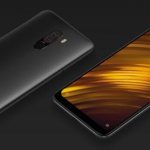 Pocophone/Poco F1 MIUI (stock) apps may get replaced with Google apps in the future, as per forum mod