Chat bubbles, or chat heads as Facebook calls them, have been an integral part of Messenger for years. They allow users to conveniently continue conversations whilst performing other tasks on their phones.

These bubbles are essentially overlays that one can drag around the screen and use to access the chat immediately without closing the app they are using. This, quite undeniably, is an extremely useful feature. Google saw the potential and has implemented them natively with Android 11.

While it’s totally up to the apps to add support for it — we have seen Google Messages, WhatsApp, and Telegram work flawlessly in bubble mode — there are also plenty of others that still do not support it. Like Instagram and Threads.

Speaking of support, most OEMs have rushed to incorporate this feature into their custom skins since Android 11 was launched. We have already seen One UI 3.0 implement it with perfection.

However, not everyone has been as efficient as Samsung. Xiaomi is seemingly struggling to add the feature properly into MIUI.

There were reports previously concerning Messenger chat heads wherein exiting them caused the OS to freeze on many Xiaomi devices. And although it is probably unrelated to the chat bubbles on Android 11, it was still worth mentioning here.

That said, a forum mod recently did admit that MIUI based on Android 11 has problems with chat bubbles. A user had reported that they were running into issues whilst using chat bubbles with the Messenger app to which the mod had replied the following:

As clear from above, chat bubbles can actually be enabled on MIUI devices running Android 11. However, the feature is currently a work-in-progress and is being actively improved with each developer/beta build.

Thus we should see improvements with the MIUI 12.5 update slated to arrive on eligible devices this year. You can read about it all through our dedicated MIUI 12.5 tracker.

Also worth mentioning here is that Xiaomi has put MIUI 12.5 development on hold due to the Chinese holidays. Therefore, beta testers will not be receiving updates for a while. 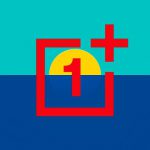 OnePlus Gallery app compatibility issue to be fixed by the end of the month, says support