The Xiaomi Mi 10 is one of Xiaomi’s first devices to get a taste of Android 11 in the form of an early beta way back in June last year.

However, contrary to what most would have expected, that testing did not really bear much fruit as the device didn’t exactly receive the update early. This is due to the fact that more recent offerings like the Mi 10T have sadly already beaten the Mi 10 in the Android 11 update game.

Also, the device has only begun to receive the update last month. This was rolled out in the form of beta stable to select users only. A wider rollout was withheld due to some unapparent bugs and issues.

This comes after the Android 11 update was under beta testing for months in China. Simply put, users are frustrated due to the extremely lengthy development period. This is combined with the fact that the Mi 10 is a flagship device, and hence, deserved the update way before others.

Currently, there is no public download firmware based on Android 11 for global, Europe, Russia, and Indonesia variants.

That said, the wait is now apparently over as Xiaomi has now given out an expected date for the Android 11 update. A user had inquired about the same on Twitter to which Alvin Tse, GM at Xiaomi Indonesia, had replied the following:

As clear from above, the hold up is due to a couple of unnamed bugs that the Xiaomi team is working hard to fix. Following this, users can expect a much wider global rollout by the end of February.

Now, the GM did not really give out many details about the bugs in question, but it is highly likely that the full-screen gestures issue we highlighted previously is one of them.

For now, be sure to keep a lookout on our dedicated Xiaomi Android 11 update tracker so that you don’t miss out on anything. You are also free to go through our MIUI 12.5 tracker to check its status for your device.

02:05 pm (IST): February has already passed and the Mi 10 is still stuck on Android 10 for many. But as per a company executive, Android 11 is under the final testing stage and should roll out soon.

07:13 pm (IST): Android 11 is now rolling out to the Indonesian units of the Mi 10 in a phased manner. Download link has been given below. 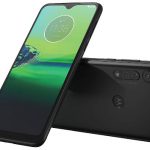 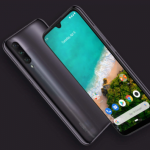