[Update: Mar. 01] macOS Big Sur 11.1 update seems to have broken support for external 4K monitors, as per some user reports

The macOS Big Sur update 11.1 was released on December 14, and right afterward, a slew of complaints emerged on the Apple forums about issues related to 4k monitor support. MacOs updated today (Big Sur 11.1)and I can no longer get the 4K resolution for my external monitor (LG $K HDR 43) which I need. I am connected via USB-C on both ends and the resolution was fine before the update. Can any one help me roll back to 11.0?
Source

I have a LG 43 UN 700B 4K HDR Monitor. But after the latest update to big sur 11.1 its no longer possible to use 4K Resolution… even with SwitchResX the resolution is unavailable. I restarted and plug / unplug the monitor already several times but it will not work. Somebody else had a similiar problem?
Source

As apparent from the above complaints, 4K monitors seem to run at non-optimal resolutions like 1080p or even 720p when connected to devices like the MacBook. The refresh rate also takes a significant hit and may max out at just 30 FPS.

Others have lamented that their PC can’t detect the monitor at all. And even when it does, it fails to wake up from sleep mode.

And going by the vast majority of reports, the issue does seem limited to the previous year’s MacBook Pro 16” 2019.

However, the fact that there are a few scattered reports from other devices too like the MacBook Air and the Mac Mini M1 implies that the problem is more widespread than initially thought. A couple of users have already tried their luck with the new macOS 11.2 beta to no avail, indicating that the issue is here to stay for a while.

I also tried updating to the 11.2 beta and it didn’t fix the problem, so now I’m back on 11.1 for whenever the real fix is available.
Source

But perhaps the worst part about the matter is that Apple is seemingly unaware of the problem and is yet to officially acknowledge it.

At the moment, your best bet could be trying out the list of workarounds given below.

1. Restart monitor: If you haven’t already, try restarting the monitor after booting up your MacBook. This has done the job for some. Keep in mind though, that you may have to do this each time you boot up your laptop. 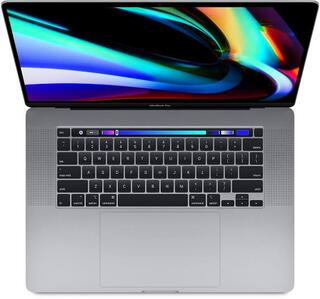 2. Try connecting to the monitor through other means: Several users have been able to work around the problem by using a different kind of cable for making the connection to their monitor.

I was able to fix it by connecting the screen via HDMI through a USBC hub. Once the resolution was back up (but at a lower refresh rate) I was able to reconnect directly via the USBC and keep the same resolution.
Source

I went and got a Thunderbolt to 60hz HDMI adapter by Satechi. Plugged it in, and laptop woke up, detected res properly et cetera. It does seem I have lost the HDR detection, but I can live with that
Source

I managed to fix this from going into the Monitor Settings and switching the Display Port off 1.4 and Selecting 1.2, I now see the original OSX scale options.
Source

4. Try keeping your MacBook’s lid open: If nothing else works for you, then simply keep your laptop’s lid open and use the monitor as an extended display until Apple actually does something about the issue.

A few users have reported that they do not encounter any monitor issues this way.

Hopefully, the above workarounds fixed the problem for you. Be sure to also check out our dedicated macOS Big Sur bugs/issues tracker for further coverage on matters like these, along with their resolutions, if any.

04:29 pm (IST): Apparently, Apple is aware of the external monitor issues brought about by the Big Sur 11.1 update and is already working on a fix. There is no ETA for when it will be rolled out though.

I spoke with a “senior technical support rep” from Apple Support yesterday. He said that this is a known issue with 11.1 and they are working on a fix, unknown ETA. Like someone else mentioned earlier, pretty unbelievable given how many people use external monitors in a professional capacity. Luckily, I can get by with just the laptop for now but it’s still a huge inconvenience.
Source

12:33 pm (IST): It’s almost been a month since Apple claimed that the issue is a known one and while a fix still hasn’t been rolled out, there’s now a new workaround available. Try it and let us know if it works. And as apparent from above, many users that weren’t facing any display issues as such are now bumping into them after updating to Big Sur 11.2. From this, it seems that the update only worsens the situation.

07:26 pm (IST): Although not exactly clear, the latest stable Big Sur 11.2.2 update does seem to make a difference for the better when it comes to this issue.

There have been some behind-the-scenes optimizations that may be the cause. Hence, you might want to update your macOS device to the latest version.