Nokia 8.3 5G, which has been tagged as “Android 11 ready” by the OEM, came out last year followed by Nokia 3.4 which is also eligible for the latest OS update.

However, users of both devices have been experiencing an issue which is preventing them from using the Camera app on their devices.

As per multiple reports, Nokia 8.3 5G and Nokia 3.4 users are getting the camera keeps stopping prompt while using the Camera app.

While some users have stated that the prompt appears as soon as they open the Camera app, other reports indicate that the camera crashes in different modes.

There are numerous reports on the Nokia community and Twitter which suggests that the issue is widespread and needs to be addressed on a larger scale.

Nevertheless, the OEM has provided a temporary fix for the camera keeps stopping issue and it appears to have solved the problem for several Nokia 8.3 5G and Nokia 3.4 users.

The workaround involves manual adjustment of the date to December 30, 2020 or before by heading over to the Date & Time section found under System settings in the main Settings menu.

Once in the Date & Time section, users will have to disable the Automatic date & time (U.S.) or Use network-provided time (UK) option in order to be able to set the date manually.

The above steps will allow the Camera app to run normally, however, Nokia 8.3 5G users will also have to disable the Scene detection option in the Camera app settings.

After confirming that camera is working normally, users can again enable the Automatic date & time (U.S.) or Use network-provided time (UK) option.

Alternatively, users can also manually set the date to current as leaving an older date might cause problems with Google Play Store.

While the workaround given above fixes the camera keeps stopping or not working issue, a proper fix is still required in the form of a software update.

This is simply due to the fact that a lot of users are affected because of this issue which further means that it requires a wider addressing.

In the meantime, you can keep an eye on our Nokia Android 11 update tracker as the latest OS update rollout is now expected to start in Q1 2021 for several devices.

IST 04:52 pm: As per a recent report, Nokia 8.3 5G is getting a new update for the Camera app with bug fixes and improvements. However, it is unclear whether or not the update addresses the Camera keeps stopping issue on the device in question.

IST 12:10 pm: Verizon has also pushed the December security patch to the Nokia 8 V 5G units with a fix for the camera crash issue. Here’s what the changelog reads:

What’s changing:
Resolved an issue which caused the camera to crash when it was launched after December 31, 2020. The issue occurred after the device was reset or the camera app was cleared from the background and re-opened. The camera now functions as expected.

IST 12:40 pm: Verizon is rolling out an update with software version number 00VPO_1_260 to the Nokia 8V 5G UW. In the changelog, it is evident that the update goes to fix this camera crashing issue.

Resolved an issue that caused the camera to crash when it was launched after December 31, 2020. The issue occurred after the device was reset or the camera app was cleared from the background and re-opened. The camera now functions as expected.
Source

The company has even shared the steps to get the latest update for the Camera app.

Option 1: My device is connected to WiFi and I receive automatic updates from Google Play Store as default

Step 1: You will receive an automatic update
Step 2: Open camera, and press “menu” which is located in the top left corner of your phone screen
Step 3: Select “reset settings” at the bottom of the camera settings page to restore the camera to its default settings.

Option 2: My device is not connected to WiFi and I do not receive automatic updates from Google Play Store

Step 1: Open Google Play Store
Step 2: Press the “Menu” icon
Step 3: Select “My apps & games”
Step 4: ‘Camera’ will appear in the “updates pending” list. You can press “update” from here
Step 5: Or press “update” in the app page
Step 6: Open camera, and press “menu” which is located in the top left corner of your phone screen
Step 7: Select “reset settings” at the bottom of the camera settings page to restore the camera to its default settings.

You can also check for the update when opening the Google Play Store and searching for “HMD Camera”. The application will show up with the update. Press the update button and download it.

NOTE: There are more such stories in our dedicated Nokia section so be sure to go through it. 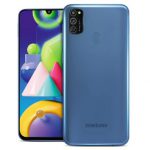 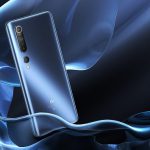