Users have been complaining for quite some time now that they are unable to use Google Drive File Stream on their Mac devices that ship with the new Apple M1 chip.

Most of this can be attributed to the fact that users are unable to proceed any further than the initial setup due to various errors.

This is quite plausible though, considering that the new Macs with M1 processors are simply not supported yet. And Google had made this clear several months ago.

The result of this was a string of issues that we highlighted previously. For details about the “Error: 8B227910” that arises during Google account configuration, visit this link. And for other File Stream issues, click here.

However, it has now come to attention that Google is actively working on adding support for the new chipset as well. This is as per the Drive File Stream release notes page.

As apparent from the above, Google Drive File Stream support for the new Apple M1 devices will be rolled out with the app’s version 47.0 update in April. For comparison, the latest version currently is v45.0.

So why this long to support the new M1 devices? Well, it may have something to do with the new Rosetta 2 emulation technology that is designed to translate Intel-based apps to run on Apple processors.

A user was kind enough to explain the entire dilemma in detail for the curious ones:

In short, a lot of effort is required to get the app running on M1 devices which explains the extra-long development time.

For now, several users have tried a different application with similar functionality called “odrive” as an alternative. You may check it out from this link. 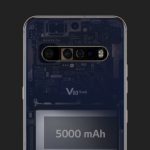