The latest version of macOS, called the Big Sur, was released very recently on November 12. However, Google Drive users are facing an issue after the update wherein they are unable to use the file stream feature.

As a result, several users have taken to the official Google Drive community forums complaining about the same.

Same problem – after downloading and installing the program, it says “Drive File Stream requires your approval” and prompts me to Open System Preferences, but the section to allow it doesn’t appear. I’ve uninstalled and redownloaded, added DFS to the “Full Disk Access” section under the Privacy tab, and restarted the computer multiple times, but nothing has worked. I hope a solution is on the way!
Source

I have the same problem. I just got a new M1 MacBook Air. Installed File Stream last night. I can’t seem to get the “Allow” to show up. I have Google Drive checked for full disk access and files and folders, but I still get the same error message. Please help. I’m teaching remotely and use File Stream constantly.
Source

As clear from the above comments, users are getting a “Drive File Stream requires your approval” prompt upon opening up the Google Drive app, soon after installation.

The prompt then directs users to System Preferences > Security & Privacy. However, within it, the option to grant the approval doesn’t appear.

Most users have already tried regular fixes like rebooting and reinstalling the application to no avail.

Now, it is quite likely that there is some sort of compatibility issue between Google Drive and Big Sur since the issue was non-existent previously on macOS Catalina.

However, Google did state that the issue is from the macOS’ end and that they can do nothing about it. Or at least that’s how a couple of users put it.

Exactly the same. After Live Chat with Google Support, cleaning caches etc., they said it was an Apple issue, so I need to contact them. Switched to ODrive for the moment. Whilst I prefer File Stream, at least ODrive works!
Source

I am having the same issue. I spoke to support and Google says they do not have a solution for it yet. This is a serious issue as we use Business Drive across our organization. The solutions online are not effective either.
Source

If you are one of the users facing the same, then we got a workaround for you to try.

Workaround #1: There is a fix for the same listed on GitHub by user “mtan93”:

Step Three: Run the script in terminal by pasting ~/fix-bs-filestream.sh

Step Four: Then allow the dfsfuse kext under System Preferences > Security & Privacy and reboot your Mac.

It is important to note here though, that this workaround doesn’t work on the latest M1-powered Macs and with Drive File Stream Version: 41.0.2.0+.

Workaround #2: Alternatively, you can also try the following:

Ya’ll Try going to Security and Privacy > Privacy > Full Disk Access AND Files and Folders. Unlock the lock in the corner. Check box Google Drive File Stream and it will quit and restart Google Drive.

Workaround #3: If none of the above worked for you, then you may try a different application with a similar functionality called “odrive” for now. Check it out from this link.

That being said, let us know in the comments below if the above workarounds fixed the Google Drive file stream issue on macOS Big Sur. Hopefully, Google/Apple would address the problem and provide a fix soon. 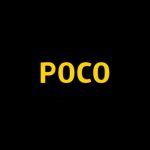