A few weeks to the official release of stable Android 11 update for Google Pixel users, Asus kicked off beta recruitment for the ZenFone 6, also known as Asus 6z in India.

The registration window lasted close to a month before the Taiwanese company eventually release the first Android 11 beta build to ZenFone 6 users.

What was to follow is something unheard of, where the company pushed up to 14 beta builds to the device, the most recent of them arriving a few days ago as version 18.0610.2011.104.

At the time of the recent beta release, it had already been hinted that Asus is likely to push the stable update to the handset before January 2021. And indeed, the update is now up for grabs back at home.

Arriving as version 18.0610.2011.107, the update won’t hit all ZS630KL units at once. Instead, Asus notes that the rollout is done in batches, urging device owners to be patient.

Below is the changelog attached to the update:

– Upgrade the system to Android 11
– Back up your data before upgrading, and if you want to go back from Android 11 to Android 10, you can do so using an official package, but all your data will be purged
– Some third-party software is not yet compatible with Android 11

Again, the update is live in Taiwan, but other regions are expected to join the party sooner than later. For those on this variant and can’t wait for the OTA, we do have the manual download file.

Note that we haven’t tested the ROM in the download link above, so take this route at your own risk. Alternatively, you can sit back and wait for the OTA download notification, which should arrive soon.

In fact, folks in the beta program seem to be receiving a small update that bumps their units to the stable version, as seen in the screenshot below.

Granted, the wait for update to Android 11 on your ZenFone 6 handset should be over soon. But as usual, the rollout will be gradual, meaning some regions may have to wait for a few more weeks.

For other Asus devices, we have a tracker dedicated to bring you the latest happenings related to Android 11 update and availability. You can check it out here.

IST 05:43 pm: Asus has now released the stable Android 11 update for Asus ZenFone 6 (aka Asus 6Z) in the US. Those who want to install the update manually can download it from the link given below:

IST 04:20 pm: Asus has now released the Android 11 update for Asus 6Z (aka Asus ZenFone 6) on a wider scale. The latest OS update is live for the global, Indian, Russian, and European ZenFone 6 variants.

1. This system update will upgrade you to Android 11. Android 11 will significantly improve device functionality and performance. Please check the ASUS news site for detailed update details and function restrictions. https://www.asus.com/jp/News/ 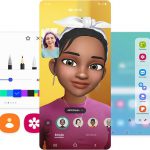 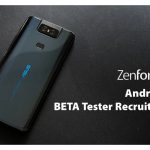