Realme X3 and Realme X3 SuperZoom came out in June 2020 with Android 10-based Realme UI out-of-the-box.

While both are flagship-level devices, users have been experiencing an issue which is spoiling their gaming experience.

As per recent reports from the Realme community, users of the Realme X3 and X3 SuperZoom are unable to play PUBG Mobile at 90FPS.

This is simply because the 90FPS option is missing in PUBG Mobile for Realme X3 and Realme X3 SuperZoom even though both devices are capable of running the game at the said frame rate.

A lot of users have been reporting about this issue but the OEM has not been able to address it yet.

It is also possible that the issue might be because the developers of PUBG Mobile have not yet added 90FPS support for both devices in question.

However, a Realme device team member has stated that they have already reported the issue to the developers.

This further indicates that the OEM might enable 90FPS support on both devices in the future.

Nevertheless, this is not yet confirmed as there has been no official announcements on the matter from Realme.

Also, users have even pointed out that the likes of Realme X2 Pro have 90FPS support for PUBG Mobile.

Hopefully, the OEM soon provides users of the Realme X3 and Realme X3 SuperZoom with the frame rate support that their devices are capable of.

Moreover, it is quite possible that the Android 11-based Realme UI 2.0 update might enable the PUBG Mobile 90FPS support on both devices.

However, this is still based on our speculation and nothing is confirmed until Realme makes an official announcement on the matter.

That said, we will keep tracking this for further development and bring you more details once new information becomes available. 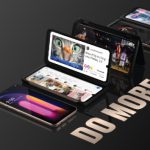