The Redmi Note 5 Pro’s case was a little unique hence the two OS updates. In typical Xiaomi fashion, the device was first launched in India as Redmi Note 5 Pro powered by Android Nougat out of the box.

Not long after, the global edition went live as the Redmi Note 5 AI, only with a few tweaks here and there. Among these tweaks was the base OS, which had been bumped to Android Oreo.

Since the two devices use the same firmware, the fact that the global edition was entitled for an update to Android Pie made the process of porting the same OS over to its Indian counterpart a walk in the park.

To date, though, no other Redmi Note device has been upgraded twice, but this changes with the Redmi Note 8 series.

Until now, all we had were rumors of a possible Android 11 update for the Redmi Note 8, Note 8T and Note 8 Pro. But now we can put these rumors behind us, at least for the standard Note 8.

As of this writing, there is a firmware floating around that brings Android 11 update to the Redmi Note 8. As part of the update, Note 8 users will also receive the new MIUI 12.5 skin, albeit as closed beta.

The update is arriving as MIUI 12.5 beta 21.1.5 and is meant for the Chinese variant of the Note 8. Granted, the global editions of the device should also be updated at some point, but it may take some time.

In fact, Xiaomi says the first stable MIUI 12.5 build will be released in April, and this is not for the Redmi Note 8.

Below is the download link for manual installation, but this will require the use of TWRP for those who are not part of the beta program already.

That said, device owners should save their excitement for later, but they can rest assured Android 11 is coming. We will follow up and let you know when other Note 8 series devices bag the update.

Xiaomi has released the second MIUI 12.5 closed beta build based on Android 11 for the Redmi Note 8 as version 21.1.12. Below is the download link: 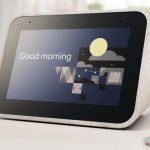