Realme is one of the newest smartphone brands we have today. Where this new brand differentiates itself from others is when it comes to user engagement.

Realme is, by far, one of the most consumer-oriented brands we have today as it is known to listen to its customer feedback and implement some of the requested features. In line with this, Realme regularly brings up the Realme India CEO, Madhav, to answer some of the frequently asked questions by users in a series dubbed #AskMadhav.

We have separate coverage of many of the previous episodes and you can catch them here.

In the 22nd Episode of #AskMadhav, the Realme India boss goes to answer some of the most pressing questions from users, many surrounding the upcoming Realme UI 2.0 custom skin on top of Android 11.

He further adds that the shared timelines have been prepared bearing in mind the complexities involved in the making of this skin.

The Realme development team is working day and night to bring Realme UI 2.0 to devices as soon as possible.
-Madhav

The Realme 7 Pro, despite coming with an AMOLED panel, is missing features such as the Always-On Display and Edge Lighting.

Madhav explains that these have been substituted with Black and White options for the Always-On display, primarily to result in better battery life. However, users of the Realme 7 Pro have an option.

Madhav goes on to urge these users to submit feedback if they’d still like to have these features on their Realme 7 Pro devices and knowing Realme, this might just get implemented after all. 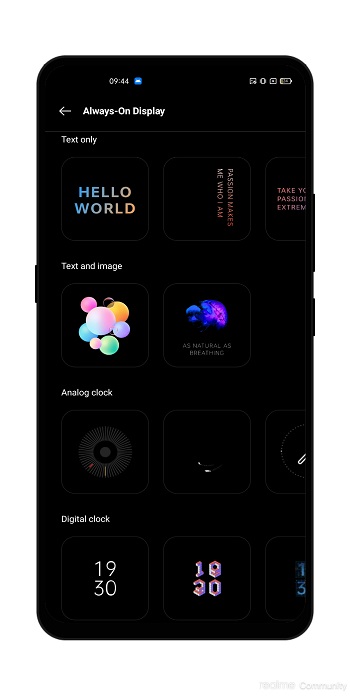 In the episode, the Realme boss also reiterates that the company doesn’t have any plans to bring an Android 10-based Realme UI 2.0.

With that, chances of users of ineligible devices getting Realme UI 2.0 features are pretty slim, at least for now.

A few other takeaways from the interview include the fact that the Night filters, a camera feature aimed at improving lowlight photography, will be coming with Realme UI 2.0 to as many devices as possible.

In regard to Realme shipping its devices with Google contacts and dialer apps, Realme is in touch with Google to improve the user experience. The company doesn’t have plans to reintroduce its own stock apps, at least not for now.

He further adds that the option to add VoLTE Video call beautification may come soon. However, there are limitations for the same on third-party apps and therefore, may not support it.

For more on what Madhav had to say, check out the full interview in the video below.

IST 05:00 pm: As per recent developments, Realme 7 Pro might not get AOD customizations and panoramic light effects with the Realme UI 2.0 (Android 11) update because of hardware limitations. Check out the full story here.

IST 06:45 pm: As per Realme India Support, the AOD customization and Edge Lighting features might arrive for Realme 7 Pro in a future OTA. Find out more about both features for the device in question here.

You might also want to stay tuned to our dedicated Realme section for these and more Realme stories.

Next article Google Assistant’s beeping/vibration alert to indicate it heard “Hey Google” hotword apparently removed, as per some users