[Update: Rolling out now] Xiaomi Redmi 8A MIUI 12 update may release in August 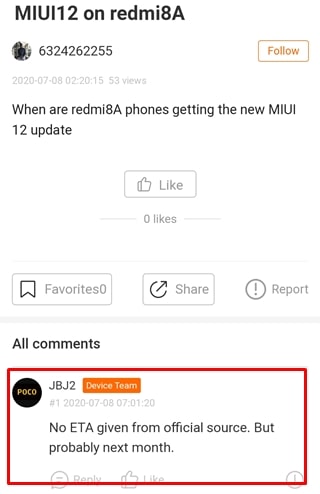 Nonetheless, you can check out our MIUI 12 update tracker to know when it will release for your device.

IST: 02:11 pm: The MIUI 12 update for the Redmi 8A was expected to rollout in the month of August, and it did not happen. Now a Mi Community Mod has revealed that there is no ETA for the rollout. IST: 02:30 pm: A new report (In Chinese) suggests that the stable MIUI 12 update for the Redmi 8A may be arriving shortly and the beta stable ROM should be released soon.

IST: 11:30 am: The Redmi 8A devices in China and Europe are now fetching the MIUI 12 update. Following is the update changelog as well as the download links: