Xiaomi’s MIUI is one of the most popular custom Android skins boasting hundreds of millions of active users across the globe.

To date, the number of MIUI users on the planet is only surpassed by those using Samsung’s One UI and Huawei’s EMUI, at least according to Q3 2020 stats published by Counterpoint Research. MIUI is known to be a heavy skin that stands out in the crowded market owing to its feature richness and plenty of customizations.

Not long ago, the skin bagged a new update to MIUI 12.5, tagging along what Xiaomi believes is the most slimmed-down MIUI version ever. At the launch event, it was even compared to iOS, as seen in the graphic below.

It will be some time before the stable MIUI 12.5 hits all eligible devices, something the company says will begin in April 2021. Until then, there is plenty to talk about with respect to MIUI 12 and even MIUI 11 where applicable.

For instance, just yesterday, we highlighted the plight of Redmi Note 8 users still on MIUI 11.0.12.0 and yet to see the update to MIUI 12. Today, lets talk about another strange issue befalling the Mi Video app.

As per a series of reports doing rounds on Reddit and Twitter, the Mi Video app is sending some Xiaomi users a notification about something they don’t know since it is written in Russian.

??? Any other @Xiaomi user get this? My language is set to English (also I’ve never gotten a notification from Mi Video before)
Source

This is despite affected users having nothing to do with Russian, be it nationality or even the language settings of the phone. Up to now, Xiaomi has yet to say a word on this, but there is a possible theory behind it.

When translated, the Mi Video notification, which is captured in the screenshot below, says: If you miss it, you will be waiting for more… Surprises! Only once a year!

As per some users, it appears this message is in solidarity with the Russian Mi family since January 7, which is when most affected users reported the issue, was Christmas Day over there.

Still, it doesn’t explain why some non-Russian users who have also set their devices to English or other languages and are in different time zones still received the Mi Video notification.

At a time when Mi A3 users are going through a rough time following a recent Android 11 update, the last thing any Xiaomi user wants is a non-functional device, hence the concern from those seeing this Mi Video notification.

At this point, we don’t know if Xiaomi has any plans to make an official statement on this, but we are glad to see that it’s likely nothing to worry about. 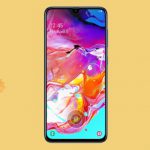 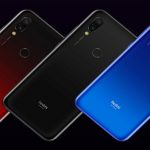