Certain issues just never seem to go away. One of such is the missing downloaded videos issue on YouTube that has been bugging users for several years now and has still not been fixed.

And as a result, complaints have only persisted. This is apparent from a slew of reports, some of which have been given below.

I’m having the same problem, still taking the same amount of storage but the videos are inaccessible. Should we delete the app and re download it?
Source

Started happening to me a few days ago and it’s already happened 4 or 5 times. Can’t even bulk re-download, it all has to be done one-by-one. Seeing as how I pay for the ability to download videos on Youtube it’d be real cool if this would get fixed.
Source

Users state that their downloaded/offline video library becomes inaccessible randomly. Upon trying to play such videos, they are prompted to download them again or greeted by a “Can’t play video” error.

Moreover, Android isn’t the sole platform affected by this annoying bug as there are plenty of reports from iOS as well.

Also, there are similar reports from YouTube Music users too thus pointing towards the fact that YouTube isn’t the only app affected by this issue.

Oddly enough, YouTube continues to occupy the same amount of device storage as it did prior to the videos’ disappearance. This does point towards the possibility of the videos still being available offline, but just not playable for some reason.

Consequently, several users were quick to discover that redownloading the pre-existing videos led to zero data consumption and that the process completes in virtually no time.

Again, this can only be possible if the videos are already present on the device storage.

However, this isn’t exactly a proper solution as repeating this process for several hundred videos can prove to be quite a tedious task. Therefore, it is only up to YouTube to provide a definite fix.

And they were actually working on a fix sometime during 2018. But it seems that the promised fix never really made it through.

The amount of time Google is taking to fix a simple but pretty widespread bug as this is almost laughable. For now, we can only hope that the company releases another one of those bug-fixing updates, but this time, the kind that will actually fix the problem once and for all.

With that being said, be sure to check out our dedicated YouTube bugs and pending improvements tracker for further coverage on matters like these along with their fixes, if any. 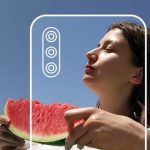 [Update: Re-released; Live in Europe] Xiaomi Mi A3 Android 11 update begins rolling out, but some say it bricks their devices