Some users are facing a bad case of scrolling issues on the YouTube app on Android as well as the desktop site on macOS. As a result, there has been a slew of complaints across several forums and Reddit.

So I have this issue where when I’m watching a video, and I go to click on another one in the recommended section, I try to tap the screen to scroll down. But instead, the screen scrolls down super fast, and it dies this everytime I touch the screen. It happens randomly
Source

Complainants making use of the YouTube app on Android have stated that they are unable to scroll downwards to comments or recommendations. Upon trying to do so, the app scrolls itself automatically back up to the top.

The bug isn’t just limited to one or two devices as reports have originated from a variety of devices including OnePlus, Xiaomi, Pixel, Samsung, Realme, and the like.

A video demonstration of the issue can be found below:

Hey @OnePlus_IN what is this after Last update it's happening with YouTube quite a lot .
.
.
SUCH A WORSE UPDATE ? Why ❓❓

😡😡😡😡 Just look at the video it's not for the first time it's happening lots of times ony OnePlus 7T 😡@PiunikaWeb @getpeid @androidcentral @oneplus pic.twitter.com/VgeBOHP0Zq

Moreover, the issue has been present for quite some time now as several reports date back to over a year. It’s sad that it has still not been addressed even after being this widespread.

While a simple app restart or a device reboot fixes the problem for most, it only serves as a temporary relief since the issue keeps returning.

However, if that doesn’t help, then clearing the YouTube app’s cache and force stopping it would surely do the job. This again would only be short-lived.

Hi everyone, has anyone had the same problem with scrolling a YouTube page with a video playing on Safari for Mac. It is impossible to scroll down fluently and I really don’t understand why it is happening. Has anyone found a solution?
Source

Android isn’t the sole affected platform as there are plenty of complaints from Mac users using Safari as well. The issue is slightly different in this case though as users report that scrolling is laggy.

Some have also described, strangely enough, that the site almost feels like it ‘resists’ downward scrolling.

At this point, it is difficult to ascertain if the problems faced by users on both the platforms are related. But we will keep tracking the issue and update the article as and when there are any new developments.

For now, be sure to check out our dedicated YouTube bug tracker for further coverage on issues like these. 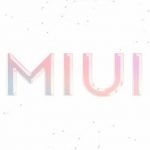 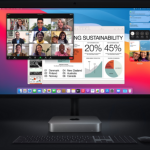