The Realme 7 and Realme 7 Pro were released last in September. And both smartphones offer some of the best features and specifications for their respective prices.

Realme has gone all-in with the Pro variant by offering the Snapdragon 720G with up to 8GB RAM and a 4500 mAh battery with support for 65W fast charging as well as a Super AMOLED display.

The standard Realme 7 has slightly watered down specifications, however, it’s no slouch either thanks to the Mediatek Helio G95 SoC paired with up to 8 GB RAM and a massive 5000 mAh battery with 30W fast charging support.

Both smartphones run on Android 10 and the Realme 7 Pro is expected to get Realme UI 2.0 (Android 11) as an early access build in November.

The standard Realme 7 is expected to pick up an early access build a month later. Therefore, users with the Realme 7 Pro will have to wait only one month to get a chance to experience Android 11 on the device.

While there are several differences between the two models, Realme has opted to keep the camera setup nearly identical.

Both of them pack a 64MP primary sensor followed by an 8MP ultrawide lens and 2MP depth + 2MP macro sensors.

As for the front camera, the Realme 7 Pro sports a 32MP shooter while the standard model comes with a 16MP unit.

Of course, numbers don’t necessarily translate into better images. And it appears that Realme knows this as well.

The company has rolled out a few updates for the Camera on the two devices in order to improve the quality of images taken on the Realme 7 and Realme 7 Pro.

Now, via an official post on its community forum, Realme has highlighted all the camera improvements on the Realme 7 and Realme 7 Pro. Based on information shared on the post, these are the two things that have been added, improved, or fixed via the latest and upcoming OTAs for the Realme 7:

As for the camera improvements on the Realme 7 Pro, here’s a list of optimizations that have been added or will be added through the latest or upcoming OTA updates:

Of course, the company will continue to work on improving the camera experience for Realme 7 and Realme 7 Pro users.

Thus, it has also begun collecting user feedback for the Realme 7 Pro selfie camera issues. Realme will use this feedback to tweak existing features or add new ones in the future.

Further, in the latest post, it’s also mentioned that a similar thread will go live for collecting camera feedback from Realme 7 users.

It’s always good to see an OEM collecting user feedback regarding the user experience and working on improving any issues.

While it would be great if Realme could fix everything in one go, it’s a bit unrealistic to expect the company to iron out or optimize all areas of the camera in a single update.

Therefore, we expect to see the company roll out more updates over the next few weeks and months in order to keep camera issues at bay and enhance the user experience on both smartphones.

Speaking of updates, you may want to keep an eye on our dedicated tracker for the rollout of Realme UI 2.0 (Android 11) for all eligible devices from the company.

IST 05:54 pm: Realme has rolled out a new update for the Realme 7 Pro which brings with it a few camera improvements. The update is rolling out as version A.19. We’ve added the changelog for it below:

IST 10:28 am: Now, the standard Realme 7 is receiving a new software update which brings with it optimizations for the camera, touch, and the system. The update is rolling out in India as version A.65 as per a report.

IST 12:40 pm: Realme has released another update for the Realme 7 Pro which brings some improvements and optimizations for the camera on the device. This update is rolling out as version A.21 with a download size of 217 MB.

We’ve added a screenshot of the changelog below:

IST 04:20 pm: Realme 7 is getting a new update which brings the November patch along with a few improvements that mainly target the camera.

According to the changelog for the update, it optimizes the images captures via the main lens, portrait clarity of the front camera, and the image effect of Super nightscape.

IST 07:05 pm: Realme has begun seeding a new software update for the Realme 7 Pro which brings the November patch and a couple of improvements to the camera. It carries the software version A.23.

We’ve shared the complete changelog below:

**System**:
● Fixed the issue of flickering screen in some scenarios
● Fixed some known issues of system stability
(Source)

IST 05:20 pm: Realme has started rolling out a new update to the Realme 7 as version A.75 which brings along the December security patch, touch control optimization, and much more. Here’s the complete changelog:

IST 03:44 pm: Realme 7 Pro is now getting the December 2020 security update along with front camera clarity optimization, Game Space update, and a couple of fixes for issues related to Bluetooth. Here’s the complete changelog:

Note: You can check out many more such stories in our dedicated Realme section. 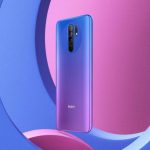