Xiaomi, sticking to its phase-wise MIUI 12 rollout timeline, has successfully rolled out MIUI 12 update to a majority of its devices with only a few outliers left.

Redmi Note 8 Pro is among the big list of devices that have already received the MIUI 12 update and is now in line to receive the Android 11 update after all.

Even after receiving MIUI 12, Xiaomi doesn’t seem to be reducing the update frequency and devices have continued to get security patches.

Recently, one such security update masked as MIUI V12.0.3.0QGGEUXM rolled out for Redmi Note 8 Pro in Europe but has brought some undesired flaws along with the November security patch.

Reports about a bootloop issue have erupted after Redmi Note 8 Pro European users installed the update. This update is randomly affecting devices and appears to be a serious issue.

It either throws the devices into Recovery mode or keeps on rebooting itself. A Redmi Note 8 Pro user affected by this issue took to the global community to upload his experience. Here’s the video:

Having serious repercussions for the Redmi Note 8 Pro handsets, this update has immediately been pulled back and is already under the developer’s attention, confirms Xiaomi.

The forum moderators have corroborated this issue via Telegram channels and Xiaomi global community and have advised users to avoid updating.

For the unfortunate ones who have already updated and are now looking for a solution, here’s what you should do according to the moderator in order to pull your devices out of the bootloop:

On one note from the census, it’s a random issue with users successfully updating through the Updater App or through a clean flashing. Should you get a bootloop, you need to do the Data Wipe procedure which will wipe all your media and data in the process. The issue has been reported to the developers, meanwhile, do feedback accordingly.

It remains unclear as to what could have been the possible reason that has triggered this issue. But anyway, Xiaomi has officially acknowledged this issue so a fix/solution can be expected soon.

The point to note here is that not every device is facing this issue and is only limited to a random set of users.

Before moving to Android 11 and the upcoming MIUI 12.5, the company needs to invest more time in stabilizing the existing versions to provide a smooth UI experience.

With that said, we assure our readers to keep track of the developments in this domain and provide them with the latest information.

In the meantime, you can even pay a visit to our Xiaomi MIUI 12 bugs & issues to learn about ongoing bugs and solutions.

IST 01:08 pm: Xiaomi is now asking those who are facing the bootloop issue on their European Redmi Note 8 Pro units to share system logs. This will further help the developers to fix the issue more efficiently and swiftly.

So, if you are facing the bootloop issue on your European Redmi Note 8 Pro variant after the MIUI 12 update version 12.0.3.0QGGEUXM, you can head over here to know how you can share system logs with the OEM. 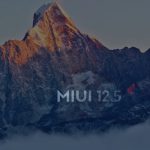