Samsung has been rolling out software updates left, right, and center these past couple of months. Earlier today, we covered the commencement of the One UI 3.0 beta program for the Galaxy A51 5G in Korea.

Similarly, the company has also been steadily releasing the One UI 2.5 update based on Android 10 for all eligible devices from its portfolio. The Galaxy A50 is one of those devices.

It bagged the new in-house skin from Samsung roughly a week ago in certain regions, however, it is yet to be released in others.

Matter of fact, we have been keeping a close eye on all developments regarding the rollout of One UI 2.5 for the Samsung Galaxy A50 that you can check out here.

Yesterday, we reported on the new firmware that was spotted for the US Cellular Samsung Galaxy A50 models which appeared with the build number CTL1.

Now it seems that the same firmware has begun rolling out to the public bringing with it Samsung’s One UI 2.5 skin.

The carrier has listed the new firmware — A505USQU9CTL1 — for the Samsung Galaxy A50 on its official website and SamMobile has also captured the update.

Unfortunately, we have not gotten our hands on screenshots from Samsung Galaxy A50 users with US Cellular models confirming the same.

Samsung is also yet to update its official update tracker for the US Cellular Galaxy A50 model with the details of the One UI 2.5 rollout since the latest build listed on the page is BTJ7.

However, it’s more than likely that you would start receiving the One UI 2.5 update soon on your US Cellular Samsung Galaxy A50 unit in case you haven’t already.

In case you’ve received the update on your device, feel free to drop a comment in the comments section below to let us know.

Having said that, you can also start looking forward to the One UI 3.0 update since it seems that Samsung has already begun testing Android 11 for the Galaxy A50, at least on Verizon models. 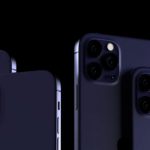