Months have passed by since One UI 2.5 started rolling out. The firmware came pre-installed on the Galaxy Note 20 series and has since made its way to several Galaxy devices.

Although Samsung is already upgrading the Galaxy Note 20 and co. to the latest One UI 3.0 based on Android 11, there are several other devices still in line for the One UI 2.5 update.

One such device is the popular Samsung Galaxy A50. Unveiled powered by One UI based on Android Pie, the device has since been upgraded to Android 10, but the firmware arrived with One UI 2.0 on board.

There have been several reports about the release of One UI 2.5 update to the Galaxy A50. The rollout was expected some weeks ago, but obviously that didn’t happen, at least until now.

As of this writing, reports coming from Asia can confirm that the One UI 2.5 update is live for the A50. The firmware is arriving as version A505FDDU5BTL1 and weighs in at 1.2GB (click/tap to view).

On top of the new One UI 2.5 features, Galaxy A50 users should also get the updated December 2020 security patch. This comes as good news even as device owners look forward to the release of Android 11.

Speaking of, folks using the Galaxy M30s can look forward to the release of One UI 3.0 update probably sooner than expected. As per reports coming in, the device is testing an Android 11 firmware in India.

Thanks to CheckFirm, it has now been established that build CTL9 based on Android 11 is now being tested, but this does not translate to an imminent release of the firmware.

As per the official roadmap, the Galaxy M30s is expected to bag the One UI 3.0 update somewhere in March 2021, so yeah, it looks like things are in order for the said release.

We will be keeping tabs on this firmware development progress and let you know when the rollout begins. Stay tuned to PiunikaWeb.

06:26 pm (IST): Samsung has started seeding the One UI 3.0 update based on Android 11 for the Galaxy M30s in India. Users have confirmed receiving the update with the build number CUAG. It also brings the January security patch to the device. 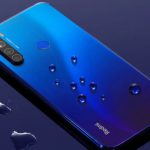