Xiaomi was one of the first few smartphones vendors that rolled out the Android 11 beta for its phones alongside Google. Being the company’s flagships, the Mi 10 and Mi 10 Pro bagged the beta update first.

At present, Xiaomi has released the new Android version for a handful of phones including the Xiaomi Mi 10, Mi 10 Pro, Poco F2 Pro, Redmi K30 Pro, and Redmi Note 9 Pro (IN). The Chinese OEM is also testing Android 11 on a host of eligible smartphones as well as we reported earlier. So we can expect to see many Xiaomi phones get the latest Android update soon.

At present, Xiaomi has not added many new features along with the update to Android 11 on the phones that it is available on in beta or stable form.

Of course, this is to be expected since the company decouples its MIUI skin updates and Android version updates. Therefore, most of the new features and UI changes come with MIUI updates rather than Android updates.

The usual Android 11-specific features are present and accounted for such as the Chat Bubbles, Native screen recording, Improved navigation gestures, and more.

However, users who have installed the Android 11 update have noticed that the swipe up gestures are not working while using third-party homescreen launchers.

Since Android 11 isn’t available to the public on a wide-scale there isn’t a boatload of user reports to go by, however, a member from the Feedback Team has shed some light on the matter in response to a user’s complaint.

Dear user. Sorry for the inconvenience. For first issue, please note that swipe up gesture no longer work on 3rd party launcher from Android 11. If you are using 3rd party launcher, you may try with system launcher.

While this may not affect those who use the navigation bar, it may be a dealbreaker for users who prefer using the swipe up gestures option for navigation on their phones.

Of course, this isn’t something entirely new or specific to Xiaomi phones. Since Google released the navigation gestures, we’ve seen OEMs remove and then add gesture navigation support for third-party launchers often.

Perhaps this is one such case and that support for swipe up gestures support on in third-party launchers could make a come back at some point via subsequent software updates for Xiaomi phones on Android 11.

However, since Xiaomi hasn’t made any official statement or comment on the subject, it’s hard to tell what might happen and whether or not users will be able to use the function on third-party launchers later.

Given the fact that Android users have been able to take advantage of third-party launchers for many years, it’s disappointing to see newer Android versions limiting the functions of such launchers.

In the meantime, users will have to revert back to using the default MIUI launcher which is also being steadily updated with new features, albeit via the beta channel.

Having said that, we will continue to track the situation and will post an update once new details emerge regarding the availability of swipe up gestures support on Android 11 for Xiaomi phones.

05:07 pm (IST): A moderator has now confirmed that Xiaomi has indeed dropped 3rd-party gestures support with the Android 11 update: 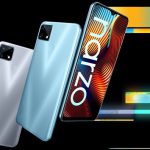