Like past OnePlus flagships, the OnePlus 8 Pro also offers some of the best specifications on any Android phone without the hefty price tag that usually follows.

Although the company has been raising the price of its smartphones with each iteration and is slowly making its way into the premium smartphone segment that’s currently dominated by the likes of Samsung and Apple.

Nevertheless, OnePlus has made its mark across the globe and is known for offering excellent value for money smartphones that perform better than most other devices in a similar price range.

OnePlus has also got OxygenOS going for it since many tech enthusiasts consider it to be one of the best and most refined skins over Android. And the latest OxygenOS 11 update brings a ton of new features as well as a fresh coat of paint. More on that here.

But not everything is smooth and flawless with OxygenOS 11 since it brought along several bugs and issues of which some have been addressed while others are yet to get fixed.

You can check out the status of all bugs and issues reported on OxygenOS 11 by heading here.

Now, it appears that a few other bugs and issues have surfaced mainly on the OnePlus 8 Pro running on Android 11.

The first issue that we’ll talk about is one of the most bizarre issues that we’ve come across in a while. Apparently, the skin tone appears blue when clicking pictures with the stock camera application.

No, not just a blue-ish tint, instead the image looks as if an Avatar-like filter was applied. We’ve shared the image below for reference as well as the user’s complaint.

Hello everyone, I hope yall are doing well, so recently i clicked a picture[1st one] with one plus stock camera app and the skin tone came out blue. I have the original photo with all its metadata attached. I closed the camera app amd cleared it from memory. I clicked the same photo again and this time its normal.[2nd photo].

It does not take long to see what’s wrong with the picture. In fact, it appears that the image has been heavily modified. Fortunately, this isn’t a widespread issue because there are no other similar reports.

That said, a OnePlus staff member has addressed the problem and has claimed that the developer team is already working on the issue.

Apart from this, a user has also shared a screenshot wherein it appears that the app UI has been shifted upwards. It seems the problem is likely due to scaling issues, however, it’s hard to tell for certain.

sometimes the whole phone screen get shift upward. top icon bar hard to see. this issue is not so frequent.

The OnePlus staff member has shared a similar message for this issue as well, claiming that the developer team is working on it.

We have made a note of this and our developer team is currently working on this. We will keep you posted regarding the further updates. We appreciate your support and patience in this regard. (Source)

The final bug or issue that has been addressed by the same moderator is that of the Clock/Weather widget not updating on the homescreen of the OnePlus 8 Pro.

According to a user, after manually selecting their location and adding the widget to the homescreen, the widget does not update automatically to reflect the current weather information.

Within the weather app i set my location to Bucharest (where i live) so that i won’t let the gps drain the battery. Now i want to use the clock-weather widget but it won’t update wetehr info. This happens all the time, but i had to select the 5-100% as occurance rate as that was the maximum. Please see the attached printscreens. (Source)

Such issues often occur due to strict battery-saving measures. Therefore, it’s likely that the system might be preventing the widget from updating in real-time.

Having said that, the staff member has made a similar comment to the one we’ve shared above. Therefore, it seems OnePlus is aware of the problem and a fix for the bug is in the works.

Fortunately, none of these issues appear to be affecting OnePlus 8 Pro users on a large scale so there should not be anything to worry about.

We will continue to track the situation and will post an update once new details emerge regarding the OnePlus 8 Pro issues we highlighted here.

In the meantime, you can check out our dedicated tracker to know more about the rollout of Android 11 (OxygenOS 11) on other eligible OnePlus smartphones.

IST 11:12 am: Users of various OnePlus devices note that the Weather Widget is still not updating to current. This coming months after OnePlus acknowledged the issue. More on that here. 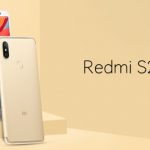