New OnePlus Nord N100 update (OxygenOS 10.5.4) brings fixes for issue where phone may not wake up & other known bugs

OnePlus was among the first few companies that quickly transitioned to Android 11 as soon as it was released publicly.

Being the flagships, the OnePlus 8 and OnePlus 8 Pro received the update in no time. However, there’s a long queue that still awaits the Android 11 update.

The OnePlus 6 and 7 series, as well as the recent addition, OnePlus Nord N100 are eagerly waiting to get their hands on the Android 11-based OxygenOS 11.

OnePlus has cleared the air on OnePlus Nord N100’s update cycle and the device is eligible for the Android 11 based OxygenOS 11 update.

There have been some speculations about the Nord N100’s Android 11 update but no official timeline or ETA has been disclosed yet.

It only seems far-fetched because the device has once again bagged a mere bug fix update (OxygenOS 10.5.4) based on OxygenOS 10.

This update to OxygenOS 10.5.4 brings along bug fixes to some of the known issues from the past for the European handsets. The changelog is as shown below:

1. Fixed an issue where the phone may not wake up under certain circumstances.
2. Fixed known issues and improved system stability.

Although Android 11 is what everybody is anticipating, they’d only have to settle with the bug fixes.

A quick installation of this update will help users get rid of the bug where the phone screen may not turn ON on random occasions.

This update further provides better system stability and fixes some underlying bugs. In short, this should resolve the majority of ongoing bugs.

With this, the wait for Android 11 continues. Considering the pace with which OnePlus is making this transition, and the hierarchy to be followed, the big update only seems likely to make an appearance next year.

Note: We have more such stories in our dedicated OnePlus section so make sure you follow that as well. 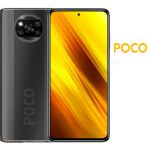