YouTube is the no.1 video streaming platform in the world. However, it does not come without its set of issues. A recent one being the annoying Error AS-10 issue that appears for some YouTube users.

Several users are reporting on the official forums that they see “Oops, something went wrong, error AS-10” as a pop-up when signing up for Google AdSense under the Channel Monetization tab of YouTube Studio.

I’m having the exact same problem with the AS-10 error. Hopefully it’s a bug or something that YouTube is working to fix asap if it’s happening to more than one person!
Source

I have had this issue for literally 5 days now. I tried contacting google support and I can’t understand any of the people that pick up or they just hang up on me. This is such a hassle for something that should be easy to do.
Source

Below is a screenshot of the said Error: AS-10 issue as shared by one of those affected in the official Google support forums.

Fortunately, we have this issue under cover and have found a few workarounds after a bit of research, so you don’t have to. As of now, the issue seems to be persistent on the Chrome browser alone.

If you are a Chrome user and are facing this issue, then it is advisable to try signing up from another browser. It is the recommended solution as per the forums and should do the job for you.

If switching browsers doesn’t work for you then try removing any ad-block plugins/extensions that you may have installed. It makes complete sense since you are signing up for “AdSense” in the first place!

If both of the above workarounds didn’t do the job for you, then the last thing you can try is the following:

Hopefully, one of the above workarounds fixed the error for you. It is also worth noting that using ad-blockers may cause other issues with YouTube as well, like the watchlist issue we covered here.

It is also advisable to not use them at all to avoid bumping into such problems, and to support the YouTubers you love so much.

If you are a creator who loves going live on YouTube and miss the now removed “go to channel” live chat feature, then check this out.

That being said, let us know in the comments below if the above fixes worked for the YouTube Error AS-10 issue.

IST 09:00 pm: We just stumbled upon a tweet from Team YouTube’s official Twitter handle wherein they have officially acknowledged the problem.

Thanks for sending this our way – our team is aware and we’re working on a fix.

IST 04:00 pm: While reverting back to a user on Twitter, Team Youtube confirmed that the error AS-10 issue has been resolved.

Following up to let you know that the issue on linking AdSense to your YouTube channel is now fixed. Reach back out if you’re experiencing otherwise. 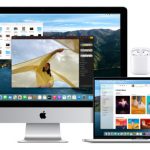 macOS Big Sur AirPods auto-switching feature does not work for some, but there is a possible solution 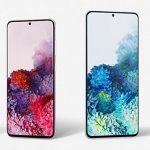 One UI 3.0 update starts rolling out to Samsung Galaxy S20 in India & UAE