The Samsung Galaxy A50 was one of the best lower mid-range smartphones to hit the market in 2019. It came with Android 9 Pie pre-installed along with the company’s One UI skin on top.

Back in March, the device received the One UI 2.0 update which brought along Android 10. However, Samsung seemingly forgot about seeding the One UI 2.1 update for it.

Many months have passed since One UI 2.1 began rolling out but Galaxy A50 users are yet to get it. And now it’s highly likely that Samsung will be skipping the One UI 2.1 update altogether.

Instead, several recent developments indicate that the South Korean giant will begin seeding the One UI 2.5 skin for the Samsung Galaxy A50 directly.

We have been keeping tabs on the status of the One UI 2.5 update for the Galaxy A50 since early November and most reports hinted towards a December release.

However, the device appears to have picked up the December patch today sans the One UI 2.5 skin which is a tad disappointing.

Given this new development, it seems that Samsung may have decided to push back the update to One UI 2.5 for the Galaxy A50 for unknown reasons. But all hope is not lost since we’ve got our hands on some important info.

One of our readers has shared a screenshot of an alleged conversation with Verizon support wherein the support agent claims that Verizon would be releasing the One UI 2.5 update for the Galaxy A50 in December itself.

So by the looks of it, it is possible that Verizon Galaxy A50 owners might receive the update to One UI 2.5 before others. This was also the case for the stable One UI 3.0 update for the Samsung Galaxy S20 series.

Nevertheless, we will continue to scan for any new details regarding the pending software update for the device and will post an update once new details surface.

In the meantime, stay tuned to our dedicated tracker to be informed about all developments revolving around One UI 2.5 and its release for all eligible smartphones.

Many thanks for the tip, Matthew Reiter!

12:45 pm (IST): The One UI 2.5 update for the Samsung Galaxy A50 models from Verizon has allegedly been delayed and will roll out sometime between January 2nd and January 8th. Head here for the full story. 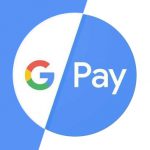