Android 11 has been official since September when Google officially took the wraps off the stable version for its Pixel line of devices.

Since then, we’ve seen steady progress from various Android OEMs as they work to deliver their respective Android 11 skins to eligible devices.

We have an Android 11 tracker that has been following the development and rollout of Android 11 to eligible devices for all major Android OEMs and you can check it out here.

OnePlus was able to roll out Android 11 to its flagship OnePlus 8 series within a month of Google’s own devices, a boss move that many hope to see from other OEMs.

Since then, we’ve heard little from the company in terms of Android 11 for the other eligible devices in its portfolio, including last year’s flagships, OnePlus 7 devices and even the OnePlus 7T.

The last bit of communication in regards to Android 11 rollout to eligible OnePlus devices was this unofficial report but even that seems not to hold water.

So, when does OnePlus plan to roll out Android 11-based OxygenOS 11 to the OnePlus 7T and other eligible devices? Well, the jury is still out on that one.

However, users of eligible devices aren’t sitting still. They’ve taken to various online platforms in a bid to push OnePlus to deliver.

It’s over than a month there is no sign of update in beta whether it’s oos 11 or beta 10. I think all developers are in leave. Or busy in newer models?
Source

As it turns out, OnePlus is listening to these users. In response to one of the user queries about the state of OxygenOS 11 (Android 11) for the OnePlus 7T, a staff member says:

As we get nearer to a major Android release (Android 11), it’s normal for the launch cycle to become longer. Still, a new beta build will be released ASAP.
Source

With that, users of the OnePlus 7T might want to start looking forward to an upcoming OxygenOS 11 Beta for their devices.

It remains unclear whether the same applies to users of the OnePlus 7 and OnePlus 7 Pro devices but we shall be on hand to clarify as and when we get more info.

To recall, last year a time like this, almost to the date, we saw the OnePlus 6T getting a re-released stable version of Android 10. By that metric, this OnePlus 7T’s Android 11 beta update is long overdue. 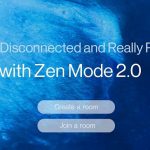