All OnePlus devices, save for the OnePlus Nord series, pack the top-tier Qualcomm Snapdragon 800 series chipsets. These are the most powerful chips from Qualcomm and therefore, very capable.

As such, OnePlus devices have been especially appealing to gamers, users that push their devices to the absolute limits in performance.

With that, OnePlus has often baked features into OxygenOS that tend to the needs of these users. These include features such as Fnatic Mode that dedicated system resources to games and Game Space, which minimizes distractions in gaming sessions.

Well, OnePlus is looking to switch things up a little with a revamp of this tool. The Game Space is now rebranded to OnePlus Games, and is getting a few more tweaks in the process.

Also included are the Gaming tools. These are gaming statistics and data that gamers can use to check out the most played games, along with the time spent on them.

These two features have been testing in the Open Beta. However, there was no word on when OnePlus Games would make it to the stable channel for OnePlus 7 and 7T devices. Up until now. According to an official post made in the forums, the two features will soon make it to the stable channel, probably with the next OnePlus 7/7T OxygenOS 10 update.

OnePlus in the statement exudes confidence that these features should make their way to the OnePlus 7 and 7T devices pretty soon and so users might want to tame their expectations on Android 11.

To recall, we still don’t have a concrete timeline for when OnePlus plans to roll out OxygenOS 11 to more eligible devices. Closest we have is this unofficial roadmap.

Also unclear is whether these game-enhancing tools and features will make their way to older OnePlus devices such as the OnePlus 6/6T and OnePlus 5/5T, devices that are still pretty relevant and common among gamers.

We shall be on hand to update you as and when we get more info on this so you might want to stay tuned for more. You might also want to check out OnePlus’ OxygenOS 11 tracker here. 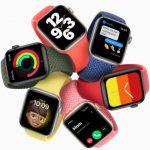 Some YouTube users aerated by age verification request despite meeting limit, but it's nothing to worry about