OnePlus’ new OxygenOS 11 has been a rather controversial skin. This, because of its drastic departure from previous iterations’ look and feel. More on that here.

At the time of writing, OnePlus’ 8 series of devices had received updates to this Android 11-based custom skin.

Unfortunately, there seem to be a few issues plaguing the OnePlus 8 device users on this new version of Android.

We have done our best to keep track of all the reported issues and you can check out our dedicated OxygenOS 11 bug tracker for more.

Well, the hits just keep on coming with this Android 11 skin from OnePlus as there is yet another issue that is afflicting users of devices running it.

According to a number of users (1,2,3,4,5,6), their OnePlus devices are unable to download games and apps larger than 100MB.

Hi Team,
I am unable to download Games/Apps which is more than 100mb from Playstore and getting attached error i have tried all possible ways guided by google support but dint work. I also went to OnePlus Service Centre to fix this, They reinstalled stable OS 11 again and it was working fine then but when i tried again the next day i am getting same error and issue.
Source

We have highlighted a similar issue in the past where users were unable to download the Amazon app or the Gallery app on their OnePlus devices.

According to the affected users, this issue affects a number of game titles on the Play Store from Asphalt, Call of Duty, PubG, among many others.

I can not update my games in Play Store. While I was trying deleting and reinstalling them I can’t install anymore.
Source

The same issue affects users that would like to update the said large apps from the Google Play Store and uninstalling them leaves them unable to download the apps on their OxygenOS 11 devices.

First-party apps such as the OnePlus Gallery are also affected as users are unable to download it from the Play Store on their OxygenOS 11 devices.

We can only hope that many of these issues get ironed out before these devices get updated as that would save other OnePlus owners a world of hurt.

IST 05:41 pm: OnePlus had officially acknowledged the Google Play Store issue on OnePlus devices running on OxygenOS 11. Now, the company has released a new update for the OnePlus 8T which fixes the problem.

IST 11:00 am: OnePlus 8 and OnePlus 8 Pro users are not getting a fix for the bug which prevented users from downloading and installing apps via the Play Store. The new update comes as OxygenOS 11.0.2.2 and is rolling out in India and Europe and likely on global units too. 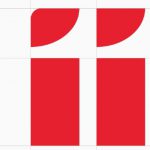