There are several reports doing rounds about front camera problems on the Google Pixel 4a and the Pixel 3a. Users say that their performance isn’t up to the mark due to focus issues, which results in blurry images/videos.

As it stands, the issues on both devices are related but not exactly identical.

Pixel 4a users say that their front camera focus issues are visible in all scenarios, which includes the use of the default camera app (Google Camera).

On the other hand, complaints about Pixel 3a mainly pertain to blurry front camera footage on third-party apps, like say, during video calls on WhatsApp.

Blurry front camera on the Pixel 4a

Compared to the issues on the Pixel 3a, the Pixel 4a’s front camera woes seem to be more serious.

I have to say I was a bit disappointed when I used the selfie camera. The quality really goes down when zooming into captured photos, and the pictures appears smoothed over or out-of-focus. I understand that the front camera will have lower specs than the main back camera, however my S9 had better quality of pictures than this, with similar hardware.
Source

As apparent from the above complaints, most images clicked through the front camera result in blurry images – blurry enough to be easily spotted by the naked eye.

Moreover, usual recommendations to address the issue like tap to focus don’t help at all. This is quite plausible though, given that almost all smartphone cameras come with a fixed front camera focal length.

And the Pixel 4a is no exception.

What’s odd about the matter is that although the subject upfront gets blurred out, the background seems to be in perfect focus. This is regardless of how distant the subject is (typically at an arm’s length).

And no, facial retouching is not the culprit, as most users say that they have kept it off. Same goes for screen protectors.

With every potential suspect ruled out from users’ side, the issue does seem to be on the Pixel’s end. Perhaps the minimum focusing distance is a little too far away.

But if that were the case, then why isn’t everyone facing the same? This points fingers towards the issue being hardware-related.

First, let’s start with the fixed focus lens. It seems the focus is set to infinity because everything in the background is in perfect focus but faces look slightly out of focus. Even when extending an arm out as far as possible, selfies still didn’t seem fully in-focus. Perhaps Google did this to soften the look of facial features since the Pixel likes to pull more detail than many would prefer.
Source

The above quote is from GSMArena’s review of the Pixel 4a. If the issue is present even on a review unit, then it is possible that the problem is more widespread than we think.

Maybe users just aren’t noticing it enough. Or maybe, every affected unit exhibits the same problem with varying degrees, some more apparent than others.

Either way, we do hope the issue is software related, and will be fixed soon with a bug-fixing update.

Several users have reported that the Google Pixel 3a’s front camera is quite blurry on video calls. A couple of the reports have been given below.

Hello all. My pixel is 11 months old and a week ago I reckoned the front camera was not being able to focus, or having big trouble keeping focus on a whatsapp call. It focuses when the object is very close to the camera. Strange thing is that on the camera app, it’s perfect, the front and back cameras both work nicely, they focus…

Now, some of the reports date back all the way to last year. However, many users have stated that the issue started only recently for them, and was fine when they got the device.

Furthermore, this case is only valid on third-party apps alone like WhatsApp or Instagram, as users say that front camera video footage through the Google Camera app is totally fine.

It could be quite possible that this issue is mostly a manifestation of Android’s camera limitations on third party apps. You can read about that and a bit more from this previous article of ours.

However, given the large number of complaints, the potentiality of the problem being a software bug cannot be ruled out that easily.

It is noteworthy here that although the problem has existed for quite a long time, Google still hasn’t released a fix, let alone address it.

For now, you can continue to give feedback on the Google forums, and only hope that Google addresses the issue soon, fingers crossed.

That being said, let us know about your thoughts on the blurry front camera issues of Google Pixel 4a and 3a. 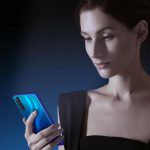