Google and OnePlus are the only major brands that push at least 3 software updates to their devices. In fact, we compiled all the information we know about the Android 11 update for the OnePlus 6 and OnePlus 6T today. Most of the evidence points towards the devices receiving the update.

Three major OS updates should have become a staple a long time ago for Android phones. However, we aren’t so lucky as of now. This can be seen by the current state of updates for Samsung devices such as the Galaxy S9 series and Note 9.

Nonetheless, individuals who’re looking for longer software support can choose between Google and OnePlus phones for the moment. In fact, both companies are now targeting the mid-range smartphone market as well.

Speaking of which, Google is set to release the Pixel 4a on August 3 which is just a few days away according to Jon Prosser. Given his excellent track record on leaks, it’s highly likely that this information is indeed accurate.

However, this information brings up a matter that you probably already know about if you read the title. With the release of Android 11 also around the corner, most users would want to see the company bring the Pixel 4a with Android 11 out-of-the-box.

Not only will this mean that the device will come with all the new features of Android 11, but it will also mean that the Pixel 4a will get the Android 14 update when Google releases it 2023 (expected). As we mentioned earlier, Google provides 3 OS updates.

Thus, Android 14 should be on the cards for the Pixel 4a if it launches with Android 11 from the get-go. However, the August 3 release date might pose an issue with this since it could be possible that Android 11 is not stable enough to be launched alongside the device.

If that’s the case, Google might launch its affordable Pixel phone with Android 10 running the show. Further, leaked benchmarks also show the device running on Android 10. As a result, it will only receive OS updates till Android 13.

This will be a major set back for anyone looking to use the device for more than 3 years. Moreover, there’s not much information pointing towards the Pixel 4a launching with Android 11. So we may just have to wait for Google to announce the device.

Meanwhile, Google is already beta testing Android 11 on the Pixel 2/2 XL, Pixel 3/3 XL, Pixel 3a, Pixel 4/4 XL. Naturally, these devices will be the first to get the stable Android 11 update when it’s ready. And we hope the Pixel 4a isn’t going to be part of the list of devices to receive Android 11. Instead, it should come with Android 11. 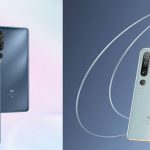