Network technology evolves really fast and with each generation, we see even better performance and limitations of previous generations obliterated. However, this comes at a pretty hefty expense in that, you need to constantly upgrade to a new smartphone, router, or carrier to stay afloat.

Right now, the world is looking to further push 5G and with that, older technology has been put on the clock, on the brink of extinction. Already, we have seen many carriers across the globe shut down their 2G networks and now, 3G seems to be on its way out as well.

In the U.S., T-Mobile and AT&T have both announced plans to shut down their 3G networks pretty soon. T-Mobile has reportedly planned to shut down its 3G network by January 2021 while AT&T plans to do the same sometime in February 2022.

This, the companies say, is in a bid to re-provision the 3G frequencies and build more capacity for their 4G and 5G networks. Shutting down 3G networks means that for calls, users must have VoLTE-capable devices.

If you’re an Asus user on T-Mobile, this might spell doom because Asus doesn’t really support T-Mobile’s VoLTE profile and as such, you’re likely to get kicked off the network once the deadline comes. This explains the latest concerns popping up in the ZenTalk forums.

Well, according to a ZenTalk forum moderator, there might be some hope for these users. According to the moderator, Asus is in talks with operators (T-Mobile among them) to find a solution and once a decision has been arrived at, a formal communication will be issued.

Of course, this is not only with respect to the ZenFone 6, but also the latest gaming-centric ROG Phone 3 and perhaps the older ROG Phone II as well.

We are aware of the change notice that has appeared online and we are working with operators for the solutions, will update our conclusion soon.

Hopefully, the involved parties come to a solution soon seeing as even the latest Asus device, the ROG Phone 3 does not support T-Mobile’s VoLTE.

T-Mobile’s move to shut down its legacy 3G network might seem harsh but according to the company’s Q1 2020 earnings report, “VoLTE comprised 91% of total voice calls” on the network. This means that while the change might be rough for some, requiring them to get new devices, most T-Mobile users are already in compliance.

We can therefore only hope that Asus manages to find a solution for its device owners so they don’t have to ditch the brand in favor of a more compliant phone-maker. We shall continue to keep an eye on this story and update accordingly so stay tuned.

Asus ROG Phone 2 users might find some solace knowing that the company is working with T-Mobile and AT&T in the U.S. to bring VoLTE support for the device. But this does not yet guarantee that the device will get VoLTE support. See the full story here.

When asked about the development of Volte support on T-Mobile, here’s what a Zentalk moderator recently said:

I know it has taken a long time and we still need you to be patient. We’re still working on solving this. That’s all I can say for now.

Based on a user report, it appears that VoLTE and VoWiFi support has arrived on the Asus ZenFone 7 Pro in the U.S. According to the user, both functions are working on T-Mobile (via Google Fi) on the device. Therefore, the talks between Asus and T-Mobile seem to be working for the best.

The ASUS ZenFone 7 Pro seems to now support VoLTE/VoWifi on T-Mobile (via Google Fi). Imported ASUS phones tended to lack support for that. All that’s left is the ROG Phone II and ZenFone 6 to get support now

The latest update for the ZenFone 6 appears to have enabled the VoLTE function for T-Mobile customers. It also brings a few bug fixes to the device. See more details here.

Finally, Asus has rolled out a new update for the ZenFone 5Z which enables VoLTE support on the T-Mobile network. The new update is rolling out as version 100.10.107.110. We’ve added the release notes for the update below:

It’s worth noting that these details were shared for the RU SKU of the device. The release notes for the WW and IN SKUs are yet to be updated.

ROG Phone 2 users will be pleased to know that Asus has enabled VoLTE support for their device as well on the T-Mobile network in the U.S. As a cherry on top, users with BSNL connections in India will also be able to use the VoLTE after installing the latest FOTA update. More info here.

NOTE: We have these and many more T-Mobile stories in our dedicated T-Mobile section. 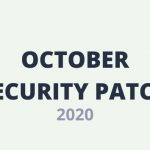