The iOS 14 update has brought many new features and changes to iPhones and is probably one of the most feature-packed iOS updates Apple has released for iPhones recently.

Apart from the subtle UI improvements, it finally brought homescreen widgets support which has been available on Android since the beginning.

Further, it adds new privacy features such as the green and orange dots in the status bar to alert users in case some app is misusing the camera or microphone.

Unfortunately, new features and improvements aren’t the only things that iOS 14 brings to the table. This is because several bugs and issues have also tagged along with the iOS 14 update.

We’ve reported on several known bugs such as the one which prevents notifications from coming through and the issue where users are not able to stack large widgets. There are many other such bugs with newer ones coming to light nearly every week if not every couple of days.

Therefore, to know all about iOS 14 bugs and their status, you can check out our dedicated tracker.

And on the subject of iOS 14 bugs, it now seems that many iPhone 7 users are affected by a bug that prevents them from using the microphone on their phones.

We’ve shared some reports below:

According to one user, the issue seems to be affecting only some iPhone 7 units since they claim that the iOS 14 microphone problem isn’t present on their brother’s unit.

The phone and microphone issues are still all there even after updating to 14.0.1. Whatsapp suffers from the same issues, I can’t record any voice messages. My brother has also an iphone 7 but he is experiencing no issues after the update.
(Source)

Moving on, another individual has pointed out that the microphone works while making phone calls but it stops working when trying to record a voice memo or while using apps such as WhatsApp to make audio calls.

In an interesting development, an affected user has highlighted that while trying to turn on Voice Control, the microphone option is disabled for them. Further, a message pop-up claims that the mic is being used by another app.

When i tried to activate the voice control from the accessibility panel, this icon appears showing that the mic is disabled followed by this message that indicate that mic is being used by another application. (Source)

This suggests that the issue might be due to a bug in iOS 14 which prevents other applications from using the microphone since the system might be falsely relaying that the mic is being used by another app.

But, while most iOS 14 microphone problems seem to be reported by iPhone 7 users, it seems that the issue might not be limited to them.

Instead, the problem issue might be tied to iOS 14 in general since there are few reports from users with other iPhone models (1, 2, 3, 4, 5) including the new iPhone 12 and even iPhone 8 and iPhone X units.

At present, Apple has not acknowledged the problem for any smartphone. However, this is usually the case with most other bugs and issues.

Nonetheless, there are a couple of workarounds that you can try which may help fix the problem.

1) Enable speaker mode while on calls:

According to one user, the microphone automatically starts working when the loudspeaker is enabled while making calls. Therefore, simply tap on the Speaker icon and check whether your voice is audible during a call.

Force restarting your phone might do the trick since one user has reportedly got rid of the problem after resetting their device via this method.

I have an iPhone 7 and I tried several ways to repair the microphone. I tried today a hard reset (volume down button and on off button) and hold it until apple icon showed up. After this the microphone it’s working fine. (Source)

Now, to force reset your phone, press and hold the Volume Down button and the Power on/off button simultaneously for 10 seconds or until you see the Apple logo appear.

For newer models, you will first have to press and release the Volume Up button and then quickly do the same with the Volume Down button, now press and hold the Power on/off button until you see the Apple logo.

The problem should now be fixed on your device. If not, performing a factory data reset might be the next best option, however, we haven’t come across any reports from users who have solved the problem via a factory reset.

With that said, we will continue to keep track of the situation and post an update once Apple rolls out a fix or if there are any further developments. 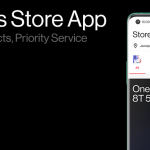 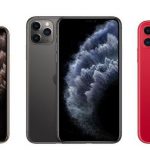