A big change that arrived with iOS 14 is an all-new home screen experience, made possible with the help of widgets. However, this feature seems to be working unexpectedly for some users – large widgets don’t stack easily.

As a result, there have been plenty of complaints regarding the same on official Apple forums as well as Reddit.

Trying to stack a large “Activities” widget on top of my large “Stocks” widget. However the issue I’m coming across is that the large “Stocks” widget will keep evading my attempts at stacking and move from one page to another. I’ve attempted this 3 times now and there is no way I can get 2 large widgets to stack.
Source

Users facing the issue report that they are simply unable to stack large widgets on iOS 14 as upon doing so, the widget keeps jumping pages and creating new ones.

Moreover, the home layout gets affected due to various blank pages being created and also due to app folders getting messed up, upon trying to perform this function.

I have the same issue with LARGE widgets. Small and medium sized widgets work fine, but large widgets don’t. I have the exact same issue as described above, PLUS all of the app folders I created manually have been broken during this process, so I now have five additional pages with apps. I have to reorganise them now into folders the way I like them (App Library’s sorting is not always helpful)
Source

It’s just bad UX design on part of Apple if users are facing issues like these. Hopefully, Apple will address the issue soon.

It is worth noting though that instances of the issue were also reported back when iOS 14 was in beta. Unfortunately, Apple hadn’t acknowledged the issue back then, and way more users are facing it now.

For now, you can try the below-mentioned workarounds. Hopefully, one of them will click.

1. Use both fingers: Hold the large widget with one finger, and use another finger to swipe it across the screen. Then position it atop some other widget to create a stack.

2. Come in from top-left: Try dragging in your new large widget from the top left area of the original stack. Several users were able to address the issue by doing this.

3. Two widgets in adjacent pages method: You can also try the following hack tipped by a user on the Apple forums:

3) Move Widget 1 (where your finger is pressed) slightly above the bar, then back down again so it stops on the page with Widget 2 on it.

4) Using a different finger, move Widget 2 slightly to the side, (enough to displace it but not enough for it to go onto the next page) while holding Widget 1 in the bar.

6) Release Widget 2 then Widget 1 immediately after.

4. Use widget slide over page:

We hope that the above workarounds worked for you. Be sure to also check out our dedicated iOS 14 bug tracker for more coverage on issues like these. 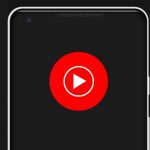 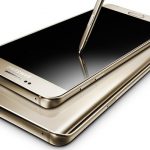