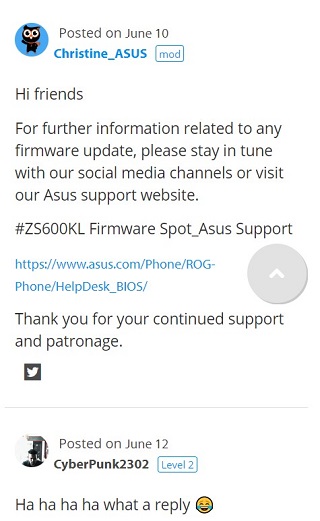 It has been nearly 3 months since the global models of ROG Phone received an update. The last update for the device rolled out in August as version 16.0420.2006.30 with the July patch. Thus making it seem as though Asus has forgotten about its first gaming-centric smartphone.

A new update has been released for the ROG Phone, finally. However, there’s not much to get exciting about since the update only brings a newer security patch and not Android 10. It is rolling out as version 16.0420.2009.39.

Previous article Xiaomi MIUI 12 (Android 11) new Power menu coming to devices on Android 10 in next weekly update, albeit with a catch