YouTube Music is clearly not everyone’s favorite, especially after Google’s forced migration imposed on Google Play Music users, and due to the fact that the streaming service has garnered a rating of a measly 2.9 stars on the Play Store.

The app is of course not bad in any manner. It is just that there is plenty of room for improvements. One of them is the missing option to disable autoplay which has led to a string of complaints on the YouTube Music forums.

Having no option to disable autoplay makes the app pretty annoying to use. It’s not possible to play a song while going to sleep, because the app insists on playing more music I didn’t ask for.
Source

First few days of using YTM and autoplay is infuriating me, I got Adele playing after listening to Bruce Springsteen’s new album, why I have no idea, but in any case I just wanted to listen to it while I fell asleep. Waking up to Adele is a bad user experience. Will not be prolonging beyond my free trial if it’s not addressed by then.
Source

Users are frustrated and it shows.

Now, YouTube Music does offer a toggle to disable autoplay. However, it only shows up when playing an album or playlist. And if you want to add a single track to the queue, it adds that song plus an endless list of suggestions.

The suggestions may have been curated with the use of sophisticated algorithms based off the user’s listening history and taste, but not everyone seems to be buying it.

There should’ve been a feature to turn it off globally, perhaps in the settings menu. This would solve the autoplay issues users are facing with queues composed of just one song.

For now, there are a few things that can be done as you wait while Google, hopefully, does something about the matter.

Workaround #1: Firstly, you need to select the 3-dot menu on the right of the song. You will be presented with an array of options wherein you will also find the “Add to playlist” function.

Create a new playlist and make sure that the toggle for autoplay is turned off. And voila! You will be able to listen to just the song you wanted with no rubbish suggestions!

Alternatively, you can also try the repeat mode. Upon enabling it, only the song in question will play on repeat. This too will effectively eliminate random suggestions.

Workaround #3: If you like vibing to YouTube Music through your desktop, you can also try the following:

I discovered a workaround also, sadly on the desktop version only – you can just click “more actions” on the three dot icon and then hit “play next”. Tah-dah! Your song – and nothing but your song – is there, you can create your own queue and maybe save it later as a playlist (you will have to add each song manually, though, as there’s no “save queue” button in sight – feature parity my foot!).
Source

Let us know in the comments section below if the above workarounds did the job for you.

Lastly, be sure to also check out our other stories on YouTube Music: For the “Song is unavailable” issue, click here. And for coverage on the slow load times of music on device storage, click here. 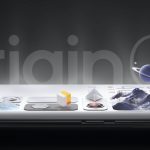