Users have been complaining about the “Song is unavailable” issue on YouTube Music for around a year now. But the issue remains to get resolved.

The service was launched way back in 2015 but a bug-free experience, especially on Android, still remains a dream.

So I have a playlist with a few songs and it seems like everytime I go on there, there’s a new song with this prompt. The only way I know how to fix it is take the song off the playlist and add it again. Does anyone know how to stop this from coming up? It’s getting pretty annoying.
Source

I am getting “song is unavailable” in my playlists. There is an exclamation mark on the album art and is greyed out and not able to play. I have uninstalled the app and reinstalled it again but nothing. It’s not just Android its on every device and not just one song but more a good chunk of music in my playlist.
Source

As apparent from the above comments, there have been plentiful complaints regarding the issue on official YouTube Music community forums as well as the streaming service’s subreddit.

Users facing this problem say that random songs, which were previously available, suddenly get greyed out. Upon clicking them, a toast notification pops up saying that the “Song is unavailable”.

Upon a deep dive into the bug, we found that it behaves in the following ways:
1. A bunch of songs suddenly become unplayable at once. Sometimes, even half of one’s playlist
2. Songs start becoming unavailable one by one
3. Occurs more frequently when streaming using Chromecast for some

Furthermore, the issue isn’t related to subscriptions at all, as both free and premium users have reported it.

Hello,
While this can happen to songs occasionally, there is now a spike in reports regarding this. This seems to be affecting a lot of users (myself included!). The team is aware, investigating and working on a fix. Thanks for your patience in the meantime!
Yours sincerely,
Vegar Henriksen
Source

The worst part is that the issue was escalated months ago, and the team had reportedly began working on it. However, a fix has still not shown up, and complaints continue to flow in.

Don’t worry though, for we got a few workarounds up our sleeve.

1. Re-add song to playlist: This is the first thing to be tried when the issue occurs with a song that is a part of some playlist. Simply remove the same from your playlist and add it again.

2. Play the song via YouTube: Certain times, perhaps due to licensing issues, certain songs that are not available on YouTube Music can also be found on YouTube.

The reason some of the songs in your playlists show as unavailable is because that particular video is not considered the “official” source. The “official” source of the audio track in question can be found by searching the song’s name directly from the YouTube Music (Not YouTube) app on your smartphone, and adding the video that successfully comes up on the Youtube Music app to your playlist instead of the one you had before. (Unfortunately there isn’t a straightforward way to do this on desktop, unless you’re willing to install a 3rd party desktop client called “Google Play Music Desktop Player”, which I use myself, but if you want to know more about that, just Google it.)
Source

You may also try searching up the same song on YTM itself, as there is a good chance that the song would’ve been made available by another channel.

3. Switch between WiFi and mobile data: If you are on WiFi, then try switching to mobile data, before restarting the app. You can also try the reverse. This has worked for several users.

3. Use VPN: Several songs are restricted from certain regions. Using a VPN will help you get around this problem.

4. Check restricted mode: Lastly, make sure your restricted mode is off. You can find a toggle for the same in both your YouTube Music as well YouTube app settings.

A possible cause for the issue is given below.

However, if it truly was license related, the fact that some petty workarounds like switching from WiFi data fix the issue only raises questions.

For now, users can only wait for a fix or at least an official explanation, since just a “Song is unavailable” message is far from satisfactory.

Alternatively, other music streaming services like Spotify can also be given a go. Spotify is known to be virtually bugless and provides a pretty stable experience.

That being said, we will continue tracking the YouTube Music “Song is unavailable” issue for further updates and will update the story accordingly.

Be sure to also check out our coverage about the YouTube Music app’s spike in 1 star ratings on the Play Store here. 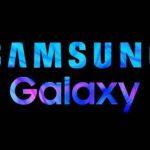