Xiaomi’s MIUI skin has evolved a lot over the years and is now considered to be one of the best Android skins by many.

While it does not favor stock Android enthusiasts, those who love tweaking and tinkering with their smartphones feel at home using Xiaomi’s skin over Android.

Lately, the OEM has been on a roll trying to get the MIUI 12 update on all eligible smartphones. The Redmi Note 9 Pro, Note 9S, Note 8, and Note 8T are some of the latest phones to pick up the new skin.

And at the time of writing, Xiaomi has released MIUI 12 for a majority of devices that were eligible for the update with only a few yet to get it.

In case you’re still on the lookout for the update on your device, you could check out our dedicated tracker to know more about MIUI 12 and its release on all remaining phones.

That said, Xiaomi is not done improving the user experience. In fact, the company often rolls out new features via the MIUI 12 beta channel such as the new Camera panel and “Beautify for Video Calls” option that we reported about earlier.

But MIUI version updates aren’t the only way Xiaomi brings new features to its users. The OEM has now rolled out an update for the MIUI 12 Xiaomi Health application which brings several new features.

Xiaomi made the announcement of the new features on the Chinese social networking site Weibo via the official MIUI handle.

The Health app version V2.9.12 has added support for tracking and recording 4 types of exercises — outdoor running, walking, cycling, and running on the treadmill. Additionally, users can now track their running routes, set their exercise goals, plan their exercises with scientific data, and even share their results with others. So those users who are interested in taking their fitness goals to the next level can update the MIUI 12 Health app on their devices to get the new features.

At present, the new features have been released for the Mi Health app in China, however, we expect Xiaomi will be pushing an update with these new features globally as well.

That being said, there are many other features that we expect to see make their way over to Xiaomi phones with future MIUI 12 builds.

Matter of fact, Xiaomi is currently working to release a new multitasking feature that makes use of the floating window function to display new information from an app over any other app.

Therefore, if you booked a cab via an application and the cab driver arrives at your location, you would see a pop-up window of the app appear highlighting the details such as the vehicle number and other useful information.

Here’s a GIF showing off how it works:

This feature is under testing at the moment and is not yet available for the public. Moreover, Xiaomi would have to get app developers on board for the feature to be of any use.

Of course, we will continue to track the situation and will post an update once we have any new details regarding the Xiaomi Health app on MIUI 12 and the upcoming multitasking feature. 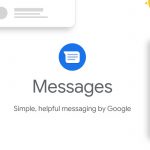