Some of the most used instant messaging platforms include WhatsApp, Telegram, and Facebook Messenger while SMS or Text messages have now become outdated.

However, RCS or Rich Communication Services support is here to bring a lot of change in the field of telecommunication.

We reported back in September that network service providers in India have started providing Google Messages RCS support.

While major Indian network service providers have enabled RSC support in Google Messages, the wait had been on for Reliance Jio.

Now, a certain Xiaomi Mi A3 user on Reliance Jio network is reporting that they are able to use the Google Messages RCS features.

This means that another highly used network in India is now rolling out support for RCS on Google Messages.

While some reports outline that users of the Mi A3 on Jio network have received RCS support, we can also see reports from OnePlus users, suggesting that other devices might also be getting the same as well.

It is unclear how Reliance Jio is proceeding with the rollout of RCS support, however, it is good to see that network service providers across the globe are enabling RCS support.

It was also reported that OnePlus devices will also get support for RCS with Android 11 as the OnePlus Messages app will have the said feature on the latest OS update.

Also, OEMs like Xiaomi and Realme are steadily incorporating Google apps like Messages and Phone on the global variants of their devices.

So, it is only natural for all major network service providers to provide support for RCS as Google Messages is among the most used messaging apps.

Android is a constantly evolving platform and even though OS updates might not bring many major visual changes, the underlying functionalities get enhanced beyond imagination.

Thanks for the tip, Paras Bajaj!

Of course, we will continue tracking the situation and will post an update once more details emerge.

Another user has also reported that the RCS function is now enabled on their Nokia 6.1 Plus in India. Further, it has also been enabled on some handsets of ours on the Jio network.

Therefore, it’s likely that RCS is being enabled on a wide scale for Android smartphones on the Jio network.

Thank you for the tip, Khatri Shabbirahemad.

Now it seems that a few smartphones from Asus have also received support for RCS Messaging via the Google Messages application. Zenfone 6Z, ZenFone Max Pro M1, ZenFone Max Pro M2 and Zenfone 5Z users have confirmed that the feature is enabled on their devices connected to Jio.

Google has completed the rollout of RCS services across the world except for Russia and China. Therefore, any Android user who has the Google Messages app installed can now use the feature on their device to send RCS messages as per a report. 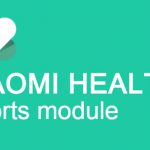