Android 11 is about to release and OEMs like OnePlus are also gearing up to deliver the latest OS update. OnePlus released the Android 11 beta update for OnePlus 8 and OnePlus 8 Pro back in June. Now, users are excited about all the new features that OxygenOS 11 has to offer.

It was reported earlier that the latest OS update from OnePlus will bring Always on Display (AOD) support while the likes of OnePlus 8, 8 Pro, and Nord might get 5G support on O2 UK. Also, the OxygenOS 11 beta 3 update brought a lot of features along with a redesigned UI.

While the OEM could not start with the Open Beta program due to some unexpected bugs, OxygenOS 11 beta 4 was released with some fixes and optimizations. Now, it seems that another functionality is going to arrive along with the OxygenOS 11 update.

As per recent reports, OnePlus is planning to add the Rich Communication Services (RCS) support in the OnePlus Messages app on OxygenOS 11. RCS on Android is slowly getting enabled for different carriers across the globe and OnePlus devices might soon get support for it.

The new information comes from 9to5Google and as per the shared screenshots, the Android 11-based OxygenOS 11 Messages app includes multiple options for RCS messaging. However, the RCS implementation appears to be in early stages but it might still arrive in the near future.

That said, OnePlus is always on top of its game when it comes to software updates and support for RCS on OxygenOS 11 is a testament to that. Meanwhile, you can check out our OnePlus OxygenOS 11 update tracker to know when it arrives on your device. 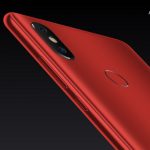