The Google Pixel 3 series was released just a couple of years back, and although the lifespan of the phone is far from over, its users already seem to be having some serious motherboard and audio issues.

Apparently, Google Pixel 3/XL users are experiencing motherboard failures resulting in bootloop while Pixel 3a/XL users are having to deal with various audio/sound issues after the recent Android 11 update.

Google had rolled out the Android 11 update to the entire Pixel lineup, leaving the original Pixel and Pixel XL, on September 8.

However, the latest Android version has proven to be quite a bumpy ride for Pixel users with several issues plaguing the lineup, ranging from buggy navigation gestures to battery drain and performance issues.

And now, several Pixel 3a/3a XL users have taken to the official Pixel forums complaining about audio playback issues after the Android 11 update.

Since updating to Android 11 I’m having sound issues. I can make calls but I can’t hear anything during calls, the other person on the call can hear me though. If i put the phone into loud speaker I can hear them and they can hear me. Also the I can’t play music on my phone
Source

Same issue on a Pixel 3axl. After update sound was completely gone and said it was playing through wired headphones when none were plugged in. No way to sect play through this device. Rebooting phone fixed it for a little bit, but all sound is choppy. Bluetooth, speakers, and wired headphones all choppy.
Source

The nature of the issue clearly seems to be a software one, given the fact that users have only started facing it after the update to Android 11.

This issue is pretty odd and pertains to the overall audio playback of the device, unlike the Bluetooth playback issues faced by some Pixel users after the Android 11 update we covered here.

Basically, it isn’t restricted to just Bluetooth. Rather, it is with the overall audio playback across all modes be it earphones, speakers and the like.

Furthermore, Google hasn’t acknowledged the issue as of yet. Hopefully, they’ll take note of this problem and fix it asap!

On the other hand, the motherboard failing issue seems to be less widespread, but is also much more serious. Users facing this issue are reporting that their device goes in a bootloop state or fails to boot up entirely.

Same issue happened to me the other day – purchased the phone in December 2018, and in August 2020 it got stuck in a bootloop because the motherboard malfunctioned. UBreakIFix actually couldn’t fix it, because they don’t carry that part. And google support couldn’t help because it’s out of warranty. So, I have no choice but to purchase a new phone.

My phone was perfect excellent condition. It always had a screen protector and was in an OtterBox case, so it was always kept very safe. Now I can’t even trade it in.
Source

Upon getting it checked by the repair center, the issue is being diagnosed as a failed motherboard. This again is quite odd considering the fact that the device was released just a couple of years back.

Also, two years is nowhere close to the lifespan of an average smartphone these days, and the only issue that users should be ideally reporting is slightly reduced battery life!

I’m facing a similar situation as you. Got my Pixel 3a XL last year. Recently, it started to restart by itself at a random timing. I thought because of the recent software update but I don’t think so. I’ve tried factory reset my for a few time but to no avail.

I can attest that its the latter. Don’t know what to do now as i feel my phone is still new and in good condition physically.
Source

Again, it is unclear as to what could be triggering it as reporting users say that their device was in an immaculate condition prior to the issue.

Users are also requested to try the following before getting it checked by the repair center. This is because a user reported that it had something to do with the power button getting jammed, causing the phone to force reboot constantly.

I had the same problem with my Pixel 3 and this is how I solved it.
After trying factory reset several times, I’ve decided to clean the power button (as apparently something was pressing the button constantly, triggering the reboot function).
So I turn off the phone.
I removed the case and sprayed 99% IPA (isopropyl alcohol) on the power button.
Then I blow it with compressed air to remove both, IPA excess and any dust or residues.
I turned on the phone again, and it worked for good.
Hope it helps!
Source

Keep in mind, though, that the above resolution won’t work if your problem is motherboard-related.

Furthermore, there is no workaround for a failed motherboard other than replacing it, and users do not want to spend around 300 USD on a 2 year old device.

If you are one of the users having a faulty motherboard, then your best bet would be to raise a complaint on the Google Pixel forums here, and hope for the best.

However, the chances of a free redressal by Google for the issue are pretty slim. This is because the devices are mostly out of warranty, unless of course if you have only recently purchased one.

If you are one of the users facing one of the Pixel 3 series audio and motherboard issues, and are aware of a possible reason behind it, then let us know in the comments below.

That being said, be sure to check out our dedicated Android 11 bug tracker for coverage on more problems like the Pixel 3 series audio and motherboard issues. 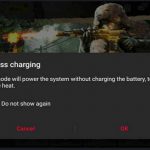