Samsung’s new skin on top of Android, One UI 2.5, has been steadily rolling out to eligible devices since it officially debuted with the Galaxy Note20 series of devices back in August.

We have a well-updated tracker dedicated to keeping tabs on this rollout of One UI 2.5 to eligible devices. So far, we have seen the Samsung Galaxy S10 family of devices and the Galaxy Note 10 devices bagging this update.

From the tracker, it is evident that many of the eligible devices are set to bag this update to One UI 2.5 sometime in the coming weeks and we shall be keeping an eye on those devices for when they get updated.

Today, we’re getting new details concerning One UI 2.5 for the oldest supported device in the list of eligible devices, the Samsung Galaxy S9 family. To recall, we recently saw reports of Samsung testing One UI 2.5 for this device. According to a moderator on Samsung Korea’s Community Forum, One UI 2.5 should be coming to said devices sometime in October.

Please note that the following text has been directly translated from Korean.

The 2.5 version of the S9/S9+ terminal One UI is in progress with the goal of distribution in October.
Please understand that we have not yet been able to inform you of the detailed schedule.

After checking the progress in October, we will share it when schedule related changes occur.

Samsung seems committed to rolling this One UI 2.5 update as quickly as possible and in that regard, it is coming to light that Samsung is equally pushing to roll out One UI 2.5 to the Galaxy Fold in October as well.

In another post on the same community forum, Samsung, through a forum moderator, confirms that this update should also bring a number of Fold 2 features to the original Galaxy Fold. Also note that the following excerpt has been translated from Korean.

The Galaxy Fold is one of Samsung’s most important devices. It is therefore odd to see devices like the Galaxy Note 10 and S10 bagging the One UI 2.5 update before the Galaxy Fold. This, according to the moderator, is because Samsung wants the One UI 2.5 version that debuts with the Fold 2 on September 18 to be the same version that comes to the original Fold. The company, therefore, had to wait until the Fold 2 was officially unveiled before they could push the same software update/features to the Fold 1, hence the delayed rollout.

For a family of devices that are trying to prove themselves as being the future and for the premium price-tags that the Galaxy Fold devices are known for, this is the least they could do.

With that, users of the Galaxy Fold and Galaxy S9 devices are now looking forward to October when they are set to receive this much-anticipated update to One UI 2.5. We can only hope that Samsung stays true to its word and rolls out these updates on time.

IST 06:45 pm: Samsung has now officially confirmed that the upcoming One UI 2.5 update for the Galaxy Fold 2 will bring some of the latest Galaxy Z Fold2 features to the original Galaxy Fold. The company, however, did not share a timeline for the rollout.

IST 02:10 pm: The One UI 2.5 update is now rolling out with firmware version G96xFXXUCFTJ2 for Galaxy S9 and Galaxy S9 Plus users in Germany. Of course, this update should be hitting units in other regions soon.

IST 05:59 pm: According to a Samsung moderator, the One UI 2.5 update for the Galaxy Fold may go live tomorrow in Korea if there are no major issues. We’ve shared a screenshot of the comment (translated from Korean) below:

IST 06:31 pm: It seems that Samsung has begun rolling out the One UI 2.5 update for the Galaxy Fold in Korea. The update is hitting units as build number CTJ1. It also brings the October security patch.

IST 05:25 pm: Samsung has now begun rolling out the One UI 2.5 update based on Android 10 for the Galaxy S9 series in Portugal. This information comes via a user report on Reddit.

IST 05:20 pm: According to a Samsung Galaxy S9 user in Ukraine, the One UI 2.5 update has begun rolling out in the country for the device.

IST 04:49 pm: The One UI 2.5 update is now live for the Galaxy S9 and the Galaxy S9+ in the UK. Users with unlocked models of the two devices are beginning to receive the new skin from Samsung. An individual took to Reddit to confirm receiving the update.

Further, it also seems that the update is live in the Netherlands as a Galaxy S9 user has confirmed receiving the new update on Reddit.

IST 01:31 pm: Samsung has started rolling out the One UI 2.5 update for the Galaxy S9 series in Serbia. The new update is available as build number FTJ2 with a download size of 688.95 MB.

IST 10:25 am: T-Mobile Samsung Galaxy S9 and Galaxy S9+ users in the U.S. are now beginning to receive the One UI 2.5 update on their devices. The update brings the October patch too and weighs around 827.04 MB. 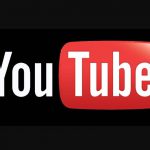