Nokia 9 PureView was released in 2019 with Android 9 Pie out-of-the-box. It has already received the Android 10 update while the wait is now on for Android 11.

However, Nokia has not been treating the Nokia 9 PureView as a flagship device when it comes to software updates.

Most OEMs prioritize their flagship devices and provide the latest updates to them first but that has never been the case with Nokia 9 PureView.

Nokia shared the official Android 11 update roadmap by September-end but soon pulled it back due to reasons unknown.

Now, the same roadmap has been recently shared once again and Nokia 9 PureView is scheduled to get the Android 11 update during the second quarter of 2021.

This clearly indicates that Nokia 9 PureView is not being prioritized by the OEM in terms of latest software updates.

It must be noted that a camera update with Night mode was promised for Nokia 9 PureView way back in December 2019.

However, the OEM later stated that the camera subsystem design made it hard to add the Night mode feature and the promised update never reached Nokia 9 PureView.

It can be taken as an impartial approach from Nokia but users of the device in question might not appreciate such an approach.

That said, we will keep tracking the development of Nokia 9 PureView and will provide updates when new information becomes available.

Moreover, we have curated a consolidated Android 11 update tracker for all major OEMs and carriers so be sure to check it out as well. 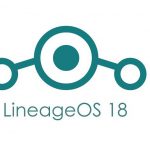