LG is a big name in the smartphone industry, but this doesn’t necessarily translate to good stuff coming from the company all the time.

The Korean company does have a set of impressive devices on offer, among them the LG G7 ThinQ and the LG G7+ ThinQ from 2018. The two, as you may have guessed, are identical but for a thing or two.

They arrived powered by Android Oreo and have since been upgraded to Android Pie. Matter of fact, LG has already updated the G7 ThinQ to Android 10 in several markets across the globe.

First up was the Korean variant before the likes of T-Mobile and Freedom Network joined the party. Still, many out there are still waiting for Android 10 update to arrive on their G7 ThinQ units, including folks in India.

Unlike some markets that never saw both devices, India got both the LG G7 ThinQ and its Plus counterpart. Until now, not much was known about the release date of Android 10, but now we have an idea of when the software may arrive.

As of this writing, LG has published the official Android 10 kernel source codes for LG G7 ThinQ and G7+ ThinQ variants with model numbers LMG710EMW and LMG710EAW, respectively. FYI, these models are also sold in other markets like Hong Kong, meaning the software is also headed there.

With the official kernel sources now live, the update to Android 10 for the LG G7 ThinQ and G7+ ThinQ for the models in question should be released soon, probably this month. We will keep an eye on the developments and update this article when the rollout begins.

Meanwhile, stay tuned to our LG Android 10 update tracker to get notified when the stable OS arrives for not just the G7 ThinQ duo, but also any other LG device yet to receive the OS. IST: 12:41 pm: Apparently, LG has brought over the Sidelight feature to the LG G7 ThinQ with the Android 10 update alongside its custom skin LG UX 9.0. To know more, head here. 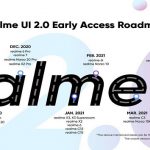