Asus Zenfone Max Pro (M1) was first unveiled back in May 2018 and it was a classic mid-range device at the time. It was powered by the moderately powered Snapdragon 636 with 3-6GB RAM and matching internals.

The device ran Android 8 Oreo out of the box and officially, the device was set to get two major Android version updates, Android 9 Pie and Android 10. Android 9 Pie rolled out to the device, no problem. Android 10 though, that’s where the drama is.

Users of the ZenFine Max Pro M1 and its counterpart, the Max Pro M2 have been subjected to a lengthy and grueling waiting game since April 2020 and several months later, there’s still no official build of Android 10 for their devices.

There have even been talks that Asus is planning to abandon this device (ending official support) due to its age, all while Android 10 still remains elusive.

We have a detailed coverage of all the intricacies that have gone into the development of Android 10 for the ZenFone Max Pro M1 here.

Feeling abandoned by their OEM, users of this device resorted to the Android Community for updates and sure enough, thanks to popular aftermarket Android Firmware platforms, Android 10 is available for the ZenFone Max Pro M1 devices.

We’ve seen Android 10 firmware from the likes of StagOS, RevengeOS & HavocOS, PixysOS, Pixel Experience among many other aftermarket software makers for this device.

Today, thanks again to the developer community, users of the ZenFone Max Pro M1 have something to look forward to as Android 11 has been made available for their device.

In this build’s release notes, every smartphone function seems to be working well in this build and the only issue noted is that SELinux is set to Permissive. This should affect some banking apps but that’s the only bug noted.

Some of the features that are working in this build include:

As this is an AOSP-based build, you might want to tame your expectations when it comes to features and customizations. Of course, this build will bring with it all the Android 11 features but other than that, expect this ROM to be light.

And this could be a good thing, bearing in mind that the Max Pro M1 isn’t exactly a beefy device, even more so in 2020.

It is refreshing to see the Android Developer Community coming through for these device owners in ways that their OEM simply couldn’t. We can only hope that the same is extended to device’s whose OEMs are slacking. 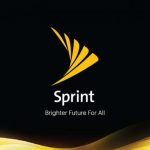