On September 8, we saw the official unveiling of Android 11. This saw the new version of Android drop for a number of Google’s own devices (Pixel 2, 3, 3a, 4, and 4a) with other OEMs clamoring to bring the same to their devices.

Already, we’ve seen other Android phone-makers hard at work on their new custom Android 11 skins and many of them are already undergoing testing on their eligible devices, all in the hopes to have the respective skins rolled out as soon as possible. 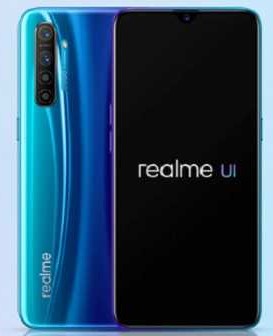 How soon you ask? Well, how about before the end of this month!? Realme is a youngling in this Android ecosystem and the company has already made a name for itself when it comes to supporting its devices through updates.

Today, in a post on Realme’s forum, the company has announced plans to officially unveil its new skin based on Android 11, Realme UI 2.0.

Presenting Seamless Fun for Gen Z with the realme UI 2.0 based on Android 11 launching with the Narzo by realme series.

Are you ready to level up? Let us know thoughts in the comment section below!

According to the company, the Realme UI 2.0 based on Android 11 will be launched on the same day, September 21, with the new Narzo 20 devices.

This is, of course, a welcome surprise for users of Realme devices that are eligible for the Android 11 update as the wheels are already turning.

From the short statement, which was obviously carefully crafted to induce suspense and anticipation, it is evident that Realme UI 2.0 places a lot of emphasis on customization and personalization, a trait that’s been closely associated with Gen-Zs.

The excitement for Realme’s version of Android 11 should not take the focus away from the main event, the official unveiling of the Narzo 20 devices.

Realme says that Narzo stands for Next-Level Camera, A Class Processor, Remarkable Battery, Zenith of Design and Outstanding Display. The upcoming Narzo 20 devices are set to continue this legacy.

Realme users will now be counting the days to September 21, at 12:30 PM IST. The company says that the launch event will be streaming on all its official channels.

We shall be on hand to bring you the details of this event as soon as possible so stay tuned for that and more.

For an early look at what to expect with the upcoming Realme UI 2.0 build, check out our coverage in both photos and a video.