Xiaomi Mi MIX 3 5G users have been waiting for the MIUI 12 update for a long time now. It was reported earlier that the OEM did not have any plans for the Mi MIX 3 5G software update but it seems that was only in terms of the Android 10 update.

Moreover, Xiaomi has already released its latest custom UI for the European Mi MIX 3 5G variants. However, it appears that some users are facing issues with the 5G network as it is not working on the Mi MIX 3 5G after the MIUI 12 update.

A user has taken to the Mi community forums warning others that the MIUI 12 update disables 5G services on the device in question. While the OEM has not yet responded on the matter, it seems quite absurd that a 5G enabled device cannot use 5G services after a software update.

The user has also advised those who want the 5G capabilities to remain intact to stay on MIUI version 10.3.23.0(PEMEUXM). Also, Vodafone’s ROM version PEMEUVF supports 5G but the network service provider is yet bring the MIUI 12 update to its Mi MIX 3 5G variant.

This is highly disappointing for users as now that they have finally received MIUI 12, the software does not support basic services that it is supposed to. That said, we hope Xiaomi looks into this matter and soon provides some relevant updates.

Meanwhile, Xiaomi has already started working on its Android 11 update so be sure to check out our dedicated tracker. Also, you can go through our MIUI 12 update tracker if your Xiaomi device is yet to bag the latest custom skin. 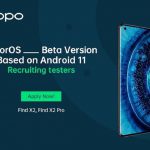