The Xiaomi Mi Note 10 Lite was unveiled back in May of this year and it falls squarely in the mid-range market segment. Powered by the Snapdragon 730G chipset, the device is surely set to turn many heads in that segment.

The device ran Android 10 out of the box with Xiaomi’s own MIUI 11 on top of it. MIUI 12 has been steadily rolling out to various eligible devices and having been launched a few months before the unveiling of MIUI 12, it was all but obvious that the device would get updated.

Not too long ago, we got word that Xiaomi was aware of this proximity sensor issue afflicting users of the Mi Note 10 Lite and that the company was planning to address the issue once and for all with the MIUI 12 update to the device.

Well, since then, MIUI 12 has rolled out to the Mi Note 10 Lite. Users of the Global and EU variants of the device have bagged this update on their devices.

Sadly though, it appears as though the issue has not quite been addressed in this release as earlier promised. A quick scroll through the Mi Community Forum and you will come across users (1, 2, 3) who, despite upgrading their devices to MIUI 12, are still facing the same proximity sensor issue.

Proximity sensor not working properly in calls. This causes so much nuisance as i have accidentally dropped calls so many times.
Source

At the time of writing, Xiaomi was yet to respond to user complaints on this issue. It also remains unclear whether this is a hardware or a software issue.

We shall continue to keep an eye on this story and update as and when we get info on the same from Xiaomi so stay tuned for that. 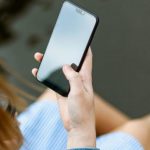 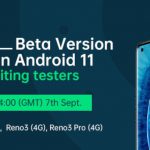