The Oppo K1 released back in 2018 with Android 8.1 pre-installed and has been in line to receive the update to Android 10 for a while. Matter of fact, it is one of the only devices from Oppo that is yet to receive the stable Android 10 build.

However, this beta recruitment was only for users in China. So Oppo K1 users outside of China were not invited to the beta party. Roughly after a month of beta testing, Oppo released the stable version of Android 10 for the device in mid-August. Unfortunately, this too wasn’t a wide-scale rollout. Instead, only a limited number of users in China got their hands on the Android 10 update alongside the company’s custom skin over Android — ColorOS 7.

Of course, this has not gone unnoticed by users outside of China. Many Oppo K1 users have been questioning the company regarding the release of the stable Android 10 software for their devices. We’ve added some user queries posted on Twitter below:

When oppo k1 get coloros 7 in china
(Source)

How long will the update of Color OS 7 be in Oppo K1.
You people are saying Update Came In August.
But It’s The End Of The Month and Update
has not come yet.
Where Is A Update.
And where is slow motion, slow motion has not even arrived yet.
We Want ColorOS 7.
(Source)

Fortunately, Oppo has not turned a blind eye to users who are asking about the update. Instead, the company has responded to some users via the Oppo India Twitter handle. The company has sent out the same reply to many users:

Hey there, please be informed that any information regarding a new update for OPPO K1 is currently unavailable. Kindly stay tuned to our social media channels to know more regarding the same. Thank you!

While it’s good to see that the company has responded, it has not yet divulged any details regarding the arrival of the update. So the response does not change anything regarding what we know about the much-awaited Android 10 update for the Oppo K1.

The only thing that users can do is to wait until Oppo begins rolling out Android 10 (ColorOS 7) for the device. So make sure to check out our dedicated tracker to know when it arrives on your handset.

IST: 08:02 pm: In a recent development, we have learned that the Android 10 update for the Oppo K1 might not be made available to the Indian and Global variants. While the device received the Android 10 stable update in China for selected users, this news is quite disappointing for the Global and Indian users. Read the full coverage here. 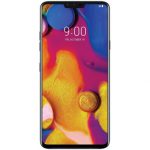