After getting their hands on the Asus ROG Phone 3, many users started noticing black crush issues while consuming media on the device. Similar issues were also reported by OnePlus 8 series and OnePlus Nord users earlier.

Taking a step back, the Asus ROG Phone 3 comes with an impressive spec sheet for enthusiasts to drool over. It is currently one of the only few phones that sport a 144Hz refresh rate AMOLED display. Further, thanks to Snapdragon 865+ SoC, the device handles most tasks without breaking a sweat.

But top-notch specs on paper don’t necessarily translate to an excellent user experience. This is evident by the severe black crush issues that users are noticing on the device. Matter of fact, the ROG Phone 3 does not yet support VoLTE on the T-Mobile network in the U.S.

Further, users also began reporting that the AeroActive Cooler 3 was not working after installing an update. So the ROG Phone 3 has its fair share of issues that need to be fixed. Thankfully, it seems that the black crush issue is being taken seriously by the company.

According to a moderator in the ZenTalk forum, Asus has identified the cause of the issue when watching content on Netflix and has pinned it down to a brightness bug. Further, the mod suggests that Asus is working on reducing the black crush issue in all other areas on the ROG Phone 3.

These extreme black crush images which comes from Netflix is mainly related to a bug in brightness and this will be addressed as soon as possible. We are also looking at how we can decrease black crush overall. The FOTA process takes weeks as there are many steps of approval. I’m not sure if these changes will make it into the already planned FOTA. Regardless we will try to get it out as fast as possible so please be patient.

This means that ROG Phone 3 users can expect to receive a FOTA update that addresses the black crush issue. Unfortunately, the mod was unable to provide an ETA for the update. So users may have to wait a few more days or weeks before the fix arrives.

The mod also clarified his statement once again in a separate comment that we’ve added below:

What I said is that the worst black crush can be seen in netflix. This is because of the brightness bar bug which we will fix.

Therefore, if the information shared by the moderator is accurate, the black crush issue in Netflix and the overall experience should be fixed with a firmware update. All that’s left to do now is to wait for Asus to push the update to the ROG Phone 3.

Speaking of updates, the ROG Phone 3 is eligible for the update to Android 11. Thus, you can check out our dedicated tracker for the Android 11 update for Asus phones. As usual, we will continue tracking the situation and will post an update once more details are available.

IST 10:49 am: Apart from the black crush issue on the ROG Phone 3, some users are now reporting that the device is not charging at all. In response to a user’s complaint, an Asus mod stated that an upcoming FOTA update will roll out by September-end carrying relevant bug-fixes. Head here for more details.

IST 07:08 pm: The new update for the ROG Phone 3 brings a bunch of new features and improvements to the device including a Bypass charging option and VoLTE and VoWiFi support on the ICE network in Norway. Head here to see all the changes. 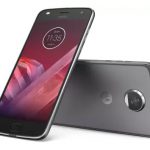